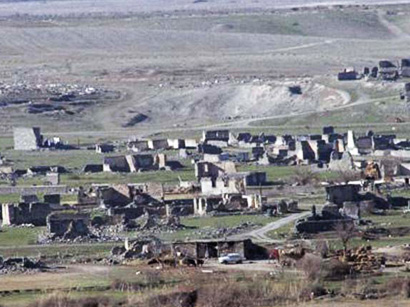 The Armenian-Azerbaijani negotiations, held with the assistance of international mediators, to resolve the Nagorno-Karabakh conflict have been held for over two decades, alas, no serious result has been achieved so far.

A renowned Azerbaijani political scientist Fikret Sadikhov believes that the conflict is unresolved due to the stubborn policy of the Armenian leadership, which is unprepared for substantive negotiations with Azerbaijan.

“There is no doubt that the unresolved Nagorno-Karabakh conflict is a serious threat for the entire region, and this fact has been periodically voiced by world powers, but the problem is that they are silent about the main reason for the unsettled status of this conflict, which is emanating from Armenia,” Sadikhov told Day.az on October 11, according to Trend.

Sadikhov further said that one of the causes of stagnation in the negotiation process is the crisis of the OSCE Minsk Group format, which for many years demonstrates inconsistency in carrying out an intermediary mission on this issue.

The OSCE Minsk Group, co-chaired by Russia, the United States and France, is working to find a peaceful solution to the Nagorno-Karabakh conflict. While the OSCE Minsk Group acts as the only mediator in resolution of the conflict, it failed to achieve a breakthrough in the peace process so far.

“I believe that the process of peaceful settlement of the conflict is stalled due to the failure of the Minsk Group in general and the passive activity of the co-chairs, since none of the intermediary countries in the OSCE Minsk Group format expresses its position categorically or shows proper activity,” Sadikhov said.

He added it is surely welcome that the mediators make calls on the need for substantive negotiations with the participation of Azerbaijan and Armenia, but it does not go beyond words.

“None of the mediator countries in the negotiation process exerts proper pressure on Armenia in order to force it to implement the UN Security Council resolutions,” the expert said.

Sadikhov also noted that Russia is the closest strategic ally of Armenia, and France and the United States are countries with the largest Armenian diasporas, which have serious political support and political representation.

“As for Azerbaijan, we have good-neighborly relations with Russia, as well as partnership relations with the USA and France. Nevertheless, Azerbaijan has the right to raise the issue of diplomatic reformatting of the OSCE Minsk Group,” he said.

The expert brought as an example inclusion of Turkey as the co-chair country, which is able to lead the same active policy as Russia, France and the United States.

The political analyst further noted that provocative actions and aggressive policy of the Armenian leadership still have not been condemned by the international community, and this is a demonstration of a double approach towards Azerbaijan.

To this day, Armenia has not implemented four UN Security Council resolutions on withdrawal of its armed forces from the Nagorno-Karabakh and surrounding districts. While the aggressor country illegally remains in 20 percent of Azerbaijan’s occupied lands, over a million of Azerbaijani refugees and internally displaced persons live with a dream to return to their native places in Karabakh.

“The OSCE MG co-chair countries have serious political weight and great diplomatic experience gained over the decades, and the fact that this issue has not advanced a single step towards a settlement is a matter of regret and frustration,” Sadikhov noted. “The time to take effective steps to resolve the conflict is long overdue.”

Thus, the expert points out that the OSCE MG co-chairs should be more active in the issue of forcing Armenia to hold substantive negotiations with Azerbaijan so that the multi-year problem is resolved through a constructive dialogue of the parties, and not by force.

Azerbaijan has long ago stated it is ready to settle the conflict through direct negotiations with Armenia with mediation of the OSCE Minsk Group co-chairs. However, the Armenian side, as always, is trying to make up reasons to avoid a constructive dialogue and preserve the unacceptable status quo in Nagorno-Karabakh. Hopefully, the forthcoming meeting of the Azerbaijani and Armenian Presidents to be organized by the co-chairs will make a significant contribution to the settlement process.