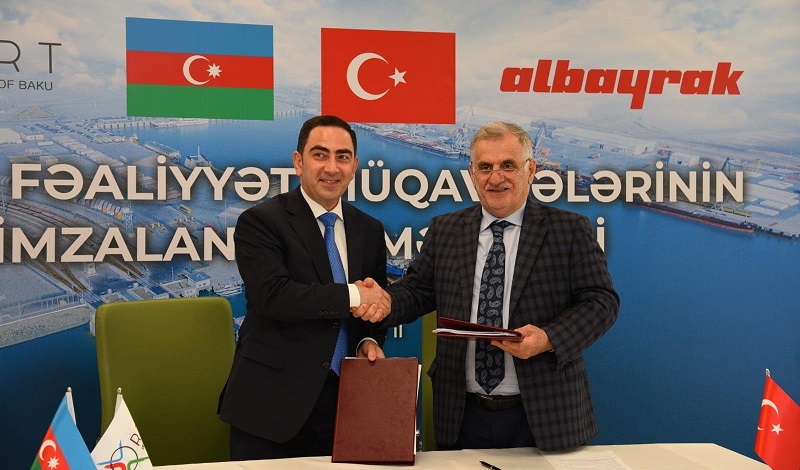 The Baku International Sea Trade Port (Port of Baku) and Türkiye’s Albayrak Holding have signed an agreement on cooperation.

The document was inked by Director General of the Port of Baku Taleh Ziyadov and President of Albayrak Holding Ahmet Albayrak, News.Az reports.

The strategic location of the port, its technical capabilities and achievements became the basis for cooperation with Albayrak Holding.