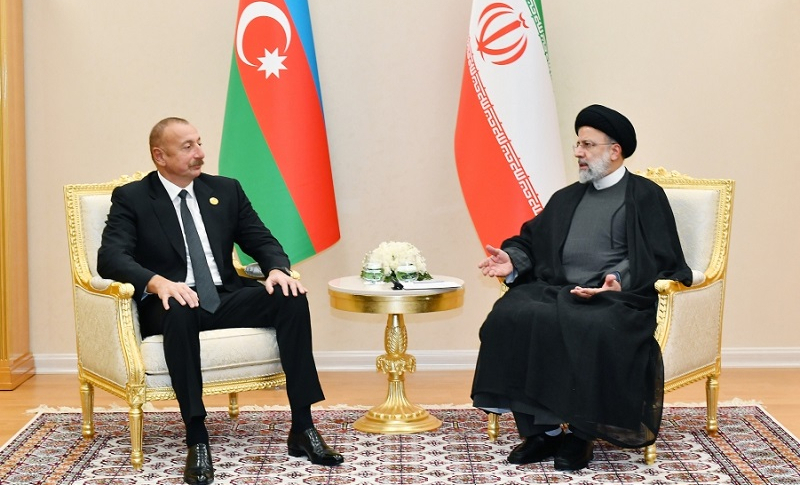 The rapid development of bilateral relations between Baku and Tehran is satisfying, Azerbaijani President Ilham Aliyev said in a letter to his Iranian counterpart Ebrahim Raisi, News.Az reports.

“Relations between the Republic of Azerbaijan and the Islamic Republic of Iran stem from the will of our two peoples, who have historically lived in an atmosphere of friendship and good neighborliness, and share common moral values. We attach special importance to our interstate relations built on such solid foundations.”

“Today, we are satisfied with the rapid development of our bilateral relations. High-level political dialogue, reciprocal visits and regular meetings, as well as signed documents, give a strong impetus to the strengthening of bilateral cooperation. The everyday expansion of the framework of our cooperation in economic, trade, energy, transport and other fields is a clear example of this,” the Azerbaijani leader said in his letter.

“I recall with pleasure our meeting with you in Ashgabat held in an atmosphere of mutual understanding. I think that an in-depth exchange of views and discussions that we held will contribute to further development of our bilateral ties and ensure elevating them to a qualitatively new stage,” he noted.

President Aliyev stressed that through joint efforts, Azerbaijan-Iran relations will continue to develop and strengthen to the benefit of the peoples of the two countries.