Residents trapped in flooded homes with no mobile service in Florida 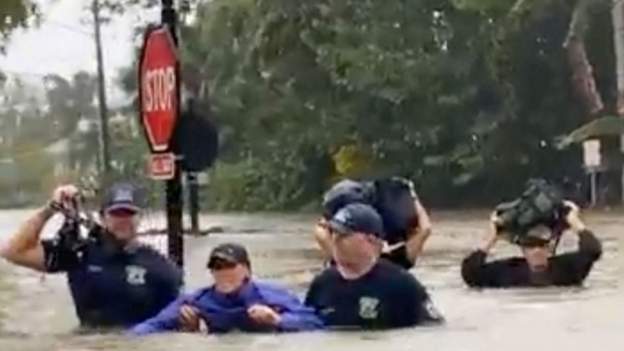 Residents in and near the hurricane's path were ordered to leave their homes earlier in the week, but many Floridians decided to remain and seek shelter indoors, News.az reports citing ABC News.

Mark Pritchett, who lives in the city of Venice, some 95km (60 miles) south of Tampa, described the "terrifying" moment he stepped outside his home as the hurricane made its way across the Gulf of Mexico.

"Rain shooting like needles. My street is a river," he said.

Emergency crews have been sawing through fallen trees to reach people in their flooded homes.

Portable cell towers are now being deployed across the state, but millions of people are still without electricity and virtually no mobile service, unable to call for help in the hardest hit areas.

In Lee County, where many roadways and bridges are impassable, the sheriff said his office had received thousands of 911 emergency calls.

“It crushed us,” Sheriff Carmine Marceno told ABC News. “We still cannot access many of the people that are in need.”