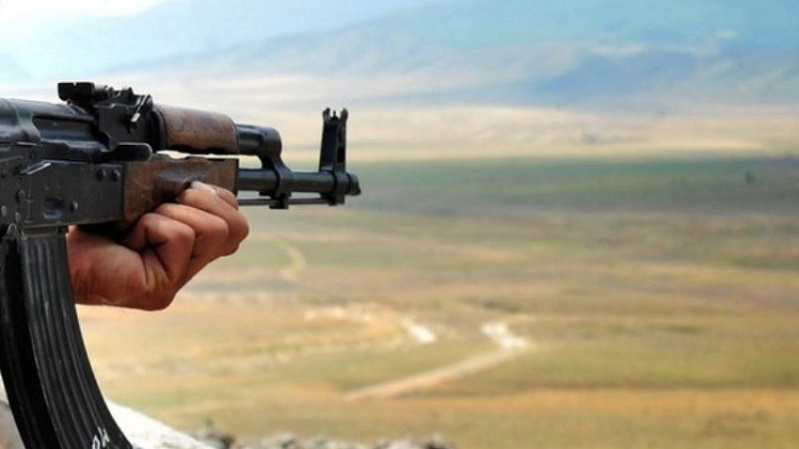 Armenian armed forces continue to intensively fire on the positions of the Azerbaijani Army on the state border for several days in a row. In recent days, such reports of clashes between Armenia and Azerbaijan have become more frequent after PM Pashinyan's Civil Contract party won snap parliamentary elections despite the defeat in the six-week-long war. The situation in the direction from the Basarkechar and Vedi regions have been especially tense, according to the Ministry of Defense of the Republic of Azerbaijan. Baku also indicated that all responsibility for the aggravation of the situation on the Armenian-Azerbaijani border lies entirely with Yerevan, and Azerbaijan will continue to resolutely suppress all provocations. In turn, Yerevan accused Baku of shelling and provocations. Both sides conform that their servicemen were injured and killed as a result of the ceasefire violations.

It seems that the chronology of events is remindful of the period before September 27, 2020. Accordingly, the ceasefire was being intensively violated, there were casualties on both sides prior to that date. It gives us a reason to say that Yerevan has apparently not learned a lesson from the fact that last year Azerbaijan dismantled its army formed by the exceptional support of Russia in just 44 days.

What is happening on the Armenia-Azerbaijan border and in Karabakh region of Azerbaijan raises a number of questions. Why the ceasefire is often violated, and who is interested in doing that?

It should be noted that it was possible to put an end to the hostilities after a trilateral statement signed by the leaders of Russia, Azerbaijan and Armenia on November 10, 2020. According to the document, the Azerbaijani and Armenian sides stopped at their positions, several regions returned back to the control of Baku, and Russian peacekeepers were provisionally stationed along the line of contact and the Lachin corridor in parallel with the withdrawal of the Armenian armed forces. It is necessary to note that nine months have passed since the signing of the trilateral statement, a number of important provisions of the statement have not yet been implemented. The document, for instance, contains a provision on the withdrawal of Armenian armed forces from Karabakh. However, the illegal Armenian armed detachments in the territory of Azerbaijan, where Russian peacekeepers are temporally deployed have not been disarmed. At the same time, Armenia is delaying the steps to be taken to open the Zangezur corridor. There has been no progress on demarcation as well.

Meanwhile, it is observed that the troops sent by Russia to the region under the name of peacekeeping mission do not fulfill their duties in the temporarily deployed zone of responsibility. While the main mission of the peacekeepers is to assist in the peacekeeping operation and ensure the implementation of the statement, such as the cessation of hostilities, the settlement of the humanitarian situation in the region, the reciprocal opening of communications and the return of refugees to their homes, Russian peacekeepers are trying to act as saviors of Armenian separatists by conducting combat training using heavy equipment, artillery and mortars. In this regard, Armenia's further aggravation of the situation shows that Yerevan is confident that it will be protected by them.

Besides, the behavior of the OSCE Minsk Group, co-chaired by France, Russia and the United States is paradoxically against the sentiment of conflict settlement. While Azerbaijani side reiterates that the Karabakh conflict has been resolved as Armenia surrendered and signed an act of capitulation. On the contrary, Armenia has been circulating a thesis that the conflict is not settled since the political status of Nagorno-Karabakh has remained unresolved. Therefore, Armenia claims about the resumption of talks in the format of the OSCE Minsk Group. It appears that Armenia with the support of the Co-Chair countries of the OSCE Minsk Group does not want the conflict in the region to go down in history.

But what do they want to achieve by keeping the conflict in an active phase? – To prevent direct discussions between Azerbaijan and Armenia and leave both sides permanently dependent on the OSCE Minsk Group's mediation. Yet they neglect the past bitter experience that the intensive violation of the ceasefire might lead to large-scale clashes. By acting in this way, they miss the chance to build a lasting peace in the region.

“I have repeatedly stated that we want a peace agreement with Armenia. Let Armenia and Azerbaijan recognize each other's territorial integrity and begin the process of delimitation, demarcation of borders. But we have not received a positive response from Armenia yet. It seems that Armenia is not ready for this or opposed to it. I said that it would be a colossal mistake and that they would regret it. This proposal cannot remain on the table forever”, said President Ilham Aliyev of Azerbaijan in an interview with CNN Türk on August 14, 2021.

As long as there are armed Armenians in Karabakh, ceasefire violations will continue and the situation will always be complicated. The only solution is to disarm the illegal Armenian armed detachments and create a condition for Azerbaijan's full control over the Lachin corridor.

By violating the ceasefire, Armenian side, a loser in the 44-days war, is constantly trying to create tension in the frontline and obstruct the peace building. The aim behind the recent flare-ups along Armenia-Azerbaijan border is, to put it briefly, to show that the war has not been resolved.