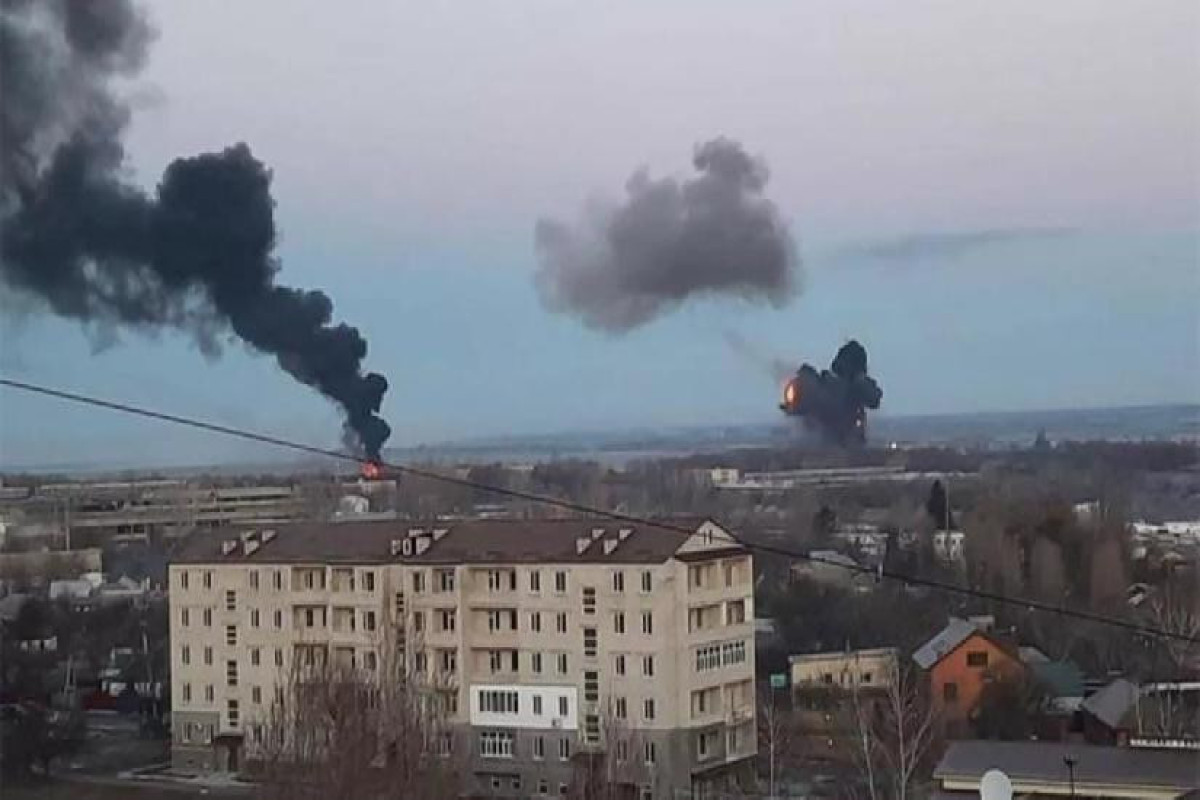 Russia has 'unleashed chemical weapons on Mariupol' with Ukrainian troops claiming they were hit by an agent dropped by a drone leaving them unable to breath and dizzy - as the besieged city's mayor reveals more than 10,000 civilians in the conflict have died so far, The Azov Regiment of Ukraine reported on the Telegram channel, News.az reports.

The unidentified agent is said to have been dropped on the southern port city from a Russian drone, according to unverified reports from the city's Azov regiment.

Details of the assault, via the Telegram messaging app, say a 'poisonous substance of unknown origin' has led to the city's defenders suffering from symptoms including breathing issues, 'respiratory failure' and 'vestibulo-atactic syndrome'.

The alleged attack came just hours after a pro-Russian general in Donbas appeared to promote the idea of using chemical weapons, telling state media it would 'smoke the Ukrainian moles out of the underground'.

Meanwhile, the Ukrainian Parliament tweeted to say it has received reports of Russian forces firing 'nitric acid' in the Donetsk region as it warned local residents to wear 'protective face masks soaked in soda solution'. It is not clear if the incidents are linked.

It follows a warning from the Ministry of Defence suggesting that Russia could turn to the use of a deadly phosphorus bombs amid attempts to finally break heroic resistance in Mariupol.

While strictly not considered a chemical weapon, the substance burns fiercely and can cause horrendous injuries, and its use on civilians constitutes a war crime.

Foreign Secretary Liz Truss has said her department is working with partners to verify the claims.

She tweeted: 'Reports that Russian forces may have used chemical agents in an attack on the people of Mariupol. We are working urgently with partners to verify details.

'Any use of such weapons would be a callous escalation in this conflict and we will hold Putin and his regime to account.'

Mariupol has seen the most intense fighting since the Kremlin launched its attack on Ukraine and has suffered more than 10,000 civilian deaths to date, according to its mayor Vadym Boychenko.

He also warned the toll could rise beyond 20,000 and claimed Russian forces are bringing mobile cremation equipment into the city to dispose of bodies.