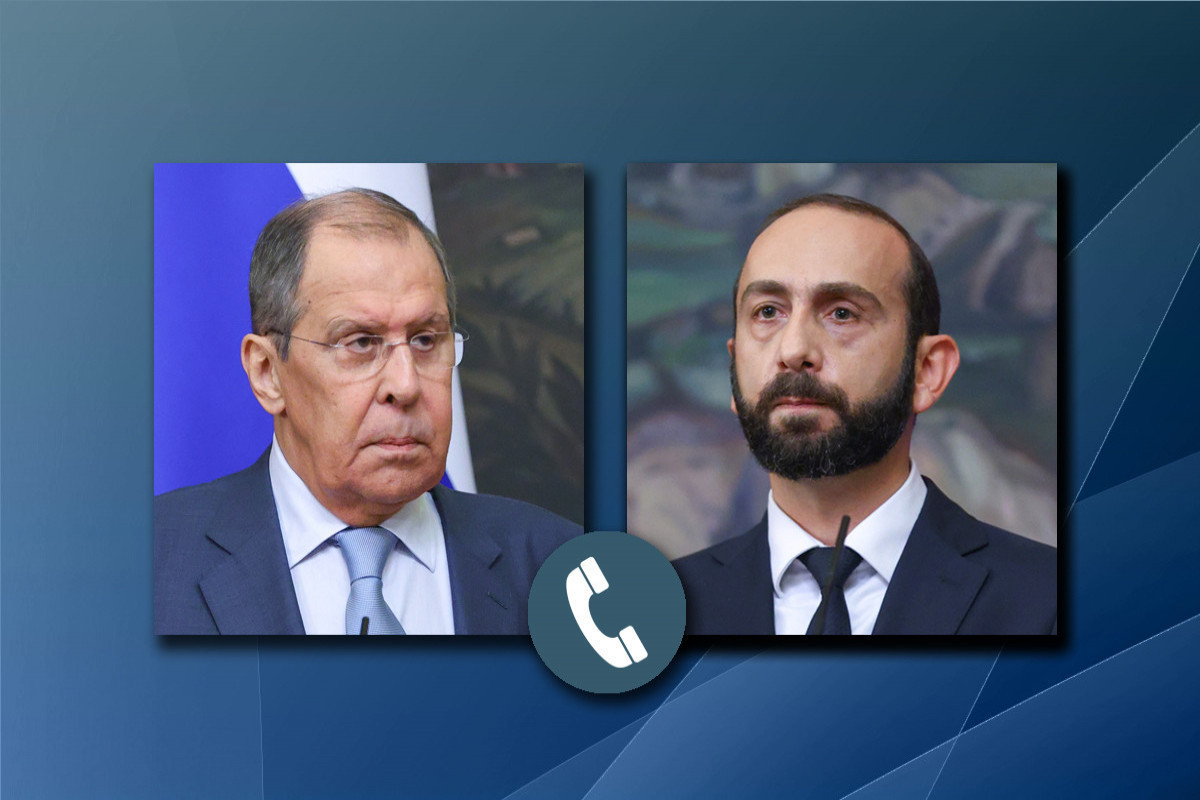 It was noted that Mirzoyan and Lavrov have discussed the issues of delimitation of borders between Azerbaijan and Armenia.

During the talk, the sides also talk about the implementation of trilateral statements dated November 9, 2020, January 11, 2021, and November 26.

“The foreign ministers of the two countries exchanged views on forming the commission on the delimitation of the border between Armenia and Azerbaijan, security in the border, establishing economic relations, and opening of communications in the region.

Foreign Minister Ararat Mirzoyan has once confirmed Armenia's position regarding the establishment of peace and stability in the world, as well as, the normalization of relations with Azerbaijan.

Armenia's and Russia's Foreign Ministers have also touched upon bilateral and multilateral issues, and steps are taken in the direction of strengthening alliance relations between two countries," noted in the information of Armenia's MFA.