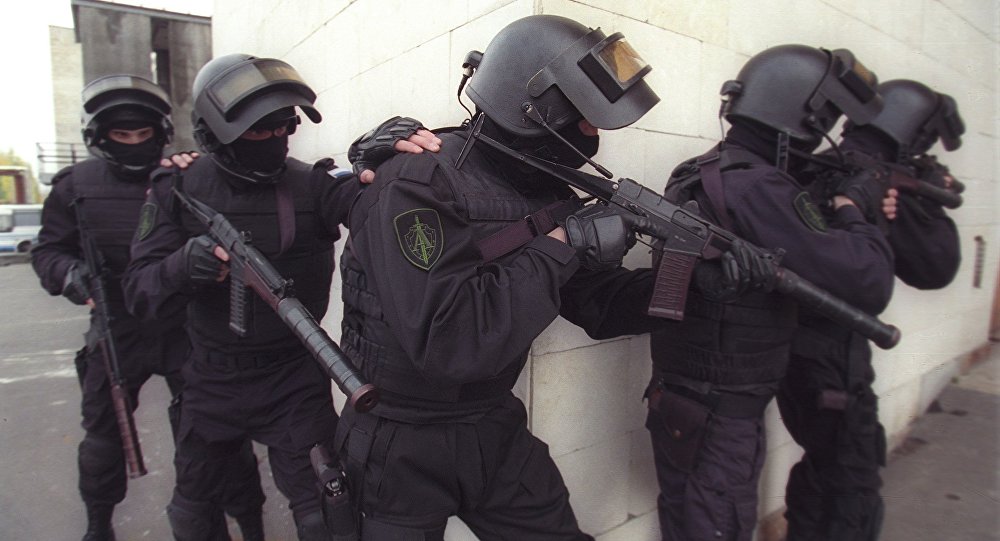 The Russian Federal Security Service (FSB) has detained members of a terrorist group who have been plotting suicide bomber attacks in Moscow.

According to the FSB, the terrorist attacks were being prepared under the guidance of a Daesh emissary from Syria, Sputnik International reports.

In the course of an initial investigation it was established that "terrorist attacks' plots were organized by the leaders and emissaries of Daesh terrorist group in Syria."

"Members of the terrorist group were detained, including the curator of the preparation of the crime — an emissary of Daesh, an explosive device maker and two would-be suicide bombers."

"The actions of a terrorist group which intended to carry out a series of terrorist attacks in crowded places, including on transport objects and large shopping areas of Moscow with the use of terrorist suicide attackers and powerful explosives were foiled in the Moscow region."

A laboratory for the production of explosives, IEDs have been found and neutralized on Moscow's outskirts during a special operation.

The group of terrorists detained in the Moscow region comprises 3 nationals of Central Asian states and 1 Russian national.

Last week, Russian Federal Security Service (FSB) Director Alexander Bortnikov, who chairs Russia's National Antiterrorism Committee (NAC) said that the threat from international terrorist groups, including Daesh, and North Caucasus armed gangs, remains in crowded places. Bortnikov made the statement at a meeting of the committee on counterterrorism protection of facilities and crowded places, facilities of Russian transport infrastructure and measures to improve it.