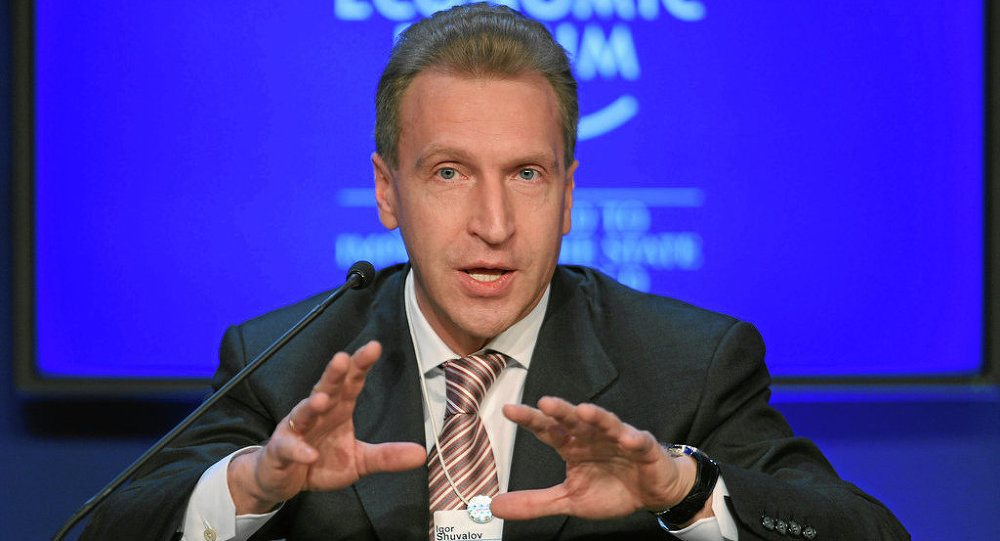 In April last year, the Russian government decided to raise dividend contributions for state-run companies from 25 percent to 50 percent for the rest of the year. While the Finance Ministry has insisted on keeping the rule amid a tight budget, the government has remained indecisive, according to Sputnik International. While Shuvalov insists on returning dividends to the previous level, another senior government official dealing with economic affairs insisted that 25 percent was the bare minimum and payments could be set at a higher level, the Vedomosti newspaper reported, citing a government source. The Economic Development Ministry, the Finance Ministry and Shuvalov did not respond to the newspaper's request to comment. Prime Minister Dmitry Medvedev's press service said he would not comment on the matter until a decision is made. "[He] comments on decisions already taken, not discussions, for now, the current scheme remains in place," the press service said. Another official told Vedomosti that the matter has not been dealt with properly by the government. Dividend payments returned to 25 percent starting January 1, as the April decree expired on December 31 and no decision on extending the payments had been taken. The government planned to collect an additional 100 billion rubles ($1.68 billion) via the measure in 2016 in order to partly make up for shortfalls in budget income. Russia's budget has been strained since oil prices collapsed in 2015, forcing the government to introduce austerity measures and tap on financial reserves.