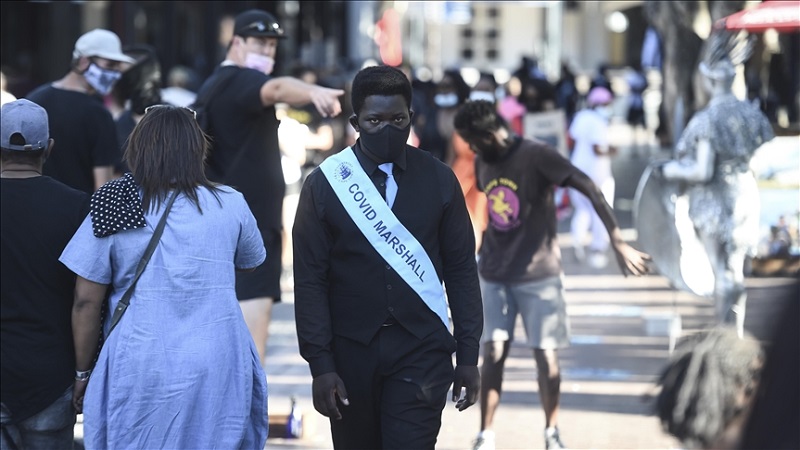 Battling food insecurity and climate change-related challenges, the Southern Africa region is suffering from the “worst phase” of the COVID-19 pandemic, amid a severe spike in the number of victims, the World Food Program (WFP) voiced Wednesday.

The total number of confirmed COVID-19 cases in the region has reached 1.7 million, while the number of deaths hit 46,000, “an increase by more than 50 percent in just one month”, the WFP said.

“Southern Africa has entered its worst phase of the pandemic. While South Africa makes up the vast majority of confirmed instances, partly due to its testing and documenting capacity, [and] a number of countries in the region have seen dramatic increases in recent weeks,” read the report.

“Several governments -- among them Lesotho, Malawi, and Zimbabwe -- have tightened border controls and imposed far-reaching restrictions on the movement of its citizens and aspects of their livelihoods,” the WFP’s report noted.

The WFP stressed that this came while the Southern African region has been experiencing “months of socio-economic hardship, with the pandemic having changed the face of hunger, pushing up urban joblessness and greatly reducing vital remittances,” as 51 million people in the region’s urban and rural areas “are food insecure” -- the highest number recorded although it is yet to include the full impact of the pandemic.

The report said the Democratic Republic of Congo is living now “the world’s biggest hunger crisis, with almost 20 million people acutely food insecure,” while at the same time suffering from an escalating armed conflict and displacement of conflict victims. It added that “disease, economic decline and natural hazards are all factors contributing to an enormously complex situation.”

Southern Madagascar, meanwhile, has faced drought for three years in a row now, while a third of its population -- 1.35 million people -- are urgently in need of food assistance to avoid a humanitarian disaster, the report also said.