Schools shut in eastern, northern Turkey due to heavy snowfall 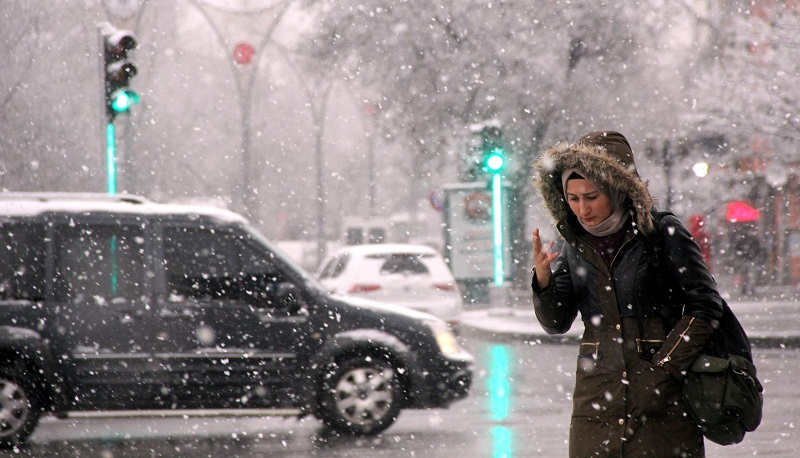 Five provinces grappling with heavy snowfall were forced to shut schools for a day on Monday.

Authorities announced that schools had been closed across the entire province of Erzincan, two districts of Ordu, three districts of Giresun, five districts of Van and in a remote district of Iğdır province, News.Az reports citing Daily Sabah.

Harsh winter conditions prevailed in most eastern regions while snowfall continued in parts of the Black Sea region in the north since last week. Access to many remote villages has been disrupted due to snowfall while crews work around-the-clock to clear snow-covered roads connecting residential areas. Some provinces recorded temperatures below zero degrees Celsius (32 degrees Fahrenheit).

This week’s forecast shows that snowfall will continue on Tuesday and nearby provinces like Kastamonu, Çorum and Tokat in the north are expected to see snow.