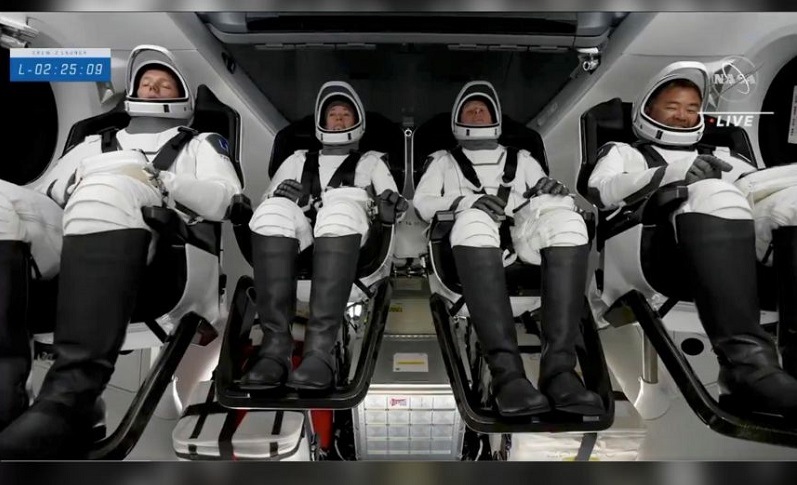 The United States National Aeronautics and Space Administration (Nasa) and billionaire Elon Musk's commercial rocket company SpaceX launched a new four-astronaut team on a flight to the International Space Station early on Friday (April 23), the first crew ever propelled towards orbit by a rocket booster recycled from a previous space flight.

The company's Crew Dragon capsule, Endeavour, soared into the darkened pre-dawn sky atop a SpaceX Falcon 9 rocket shortly before 6am Eastern time (1000 GMT) from Nasa's Kennedy Space Centre at Cape Canaveral, Florida, in a blast-off aired live on Nasa TV.

The crew is due to arrive at the space station, which orbits some 400km above Earth, early on Saturday following a flight of nearly 24 hours.

The mission marks the second "operational" space station team to be launched by Nasa aboard a Dragon Crew capsule since the US resumed flying astronauts into space from American soil last year, following a nine-year hiatus at the end of the US space shuttle programme in 2011.

It is also the third crewed flight launched into orbit under Nasa's fledgling public-private partnership with SpaceX, the rocket company founded and owned by Mr Musk, who is also chief executive of electric carmaker Tesla.