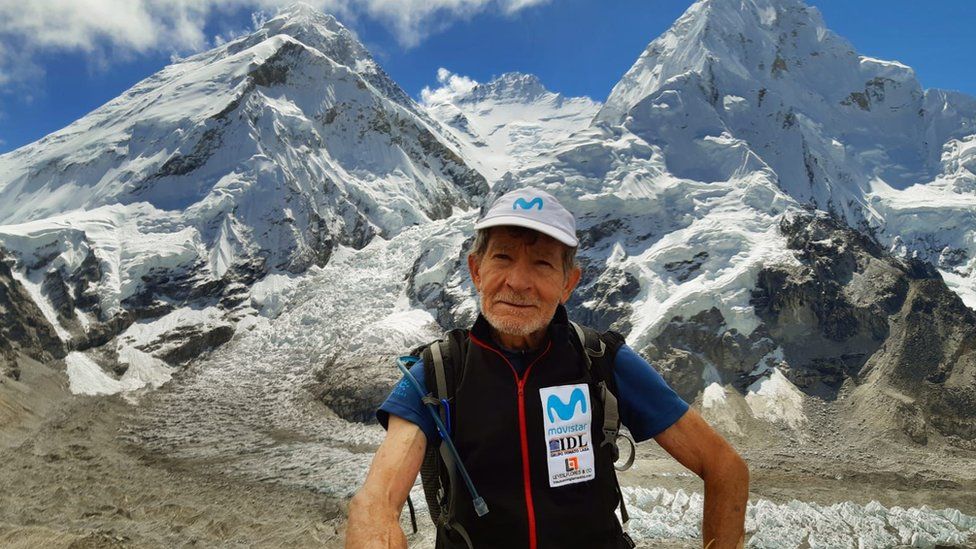 Time is running out for 82-year-old Carlos Soria, a Spanish mountaineer who attempts to scale Mt. Dhaulagiri as a part of becoming the oldest person to have scaled world's tallest 14 peaks - all above 8,000 meters.

He has already climbed 12 out of 14 peaks including, in 2001, Mt. Qomolangma, the world's tallest peak at 8848.86 meters. Soria, who had arrived Nepal on March 30 and spent 12 days acclimatizing in the Qomolangma region, has now reached the base camp of the 8,167m Mt. Dhaulagiri in western Nepal, according to his social media accounts.

"If I manage to climb Mt. Dhaulagiri this time, my plan will be climbing Mt. Shishapangma in the autumn this year," Soria told Xinhua last week.

Over the past two decades, his feats in breaking a flurry of age-related mountaineering records have made him a unique figure in the mountaineering community.

Although his attempt to become the oldest person to have reached the summit of the world's 14 highest peaks is continuing, he will have no regrets if he fails to achieve his dream.

"I am very happy with the life that I have lived," said Soria, who retired as an employee at a furniture company and lives with his wife and four daughters.