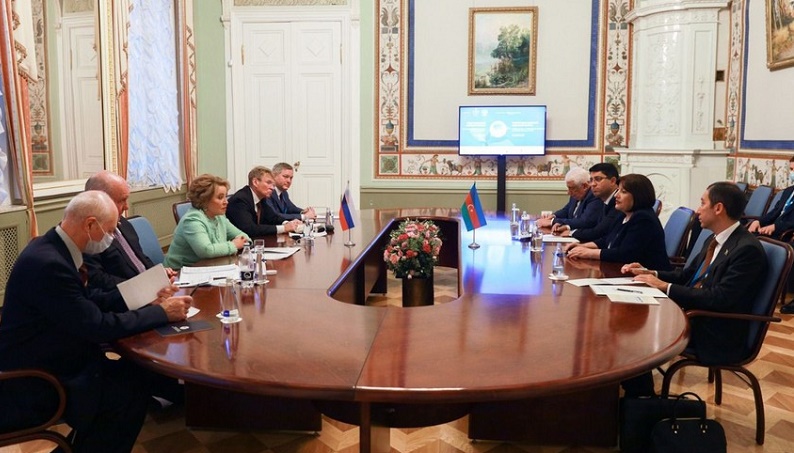 Azerbaijani Milli Majlis Speaker Sahiba Gafarova, who is in Russia to participate in the Third Eurasian Women's Forum, met with Chairwoman of the Russian Federation Council of the Federal Assembly Valentina Matviyenko.

Welcoming the Azerbaijani speaker, Valentina Matviyenko spoke about the importance of the Third Eurasian Women's Forum and the issues discussed at the event. She said that such events provide an opportunity to hold broad discussions on the issues of women's close participation in the processes taking place in the world. Bringing together women parliamentarians from different countries at such events is important for the development of inter-parliamentary relations and parliamentary diplomacy, Report informs.