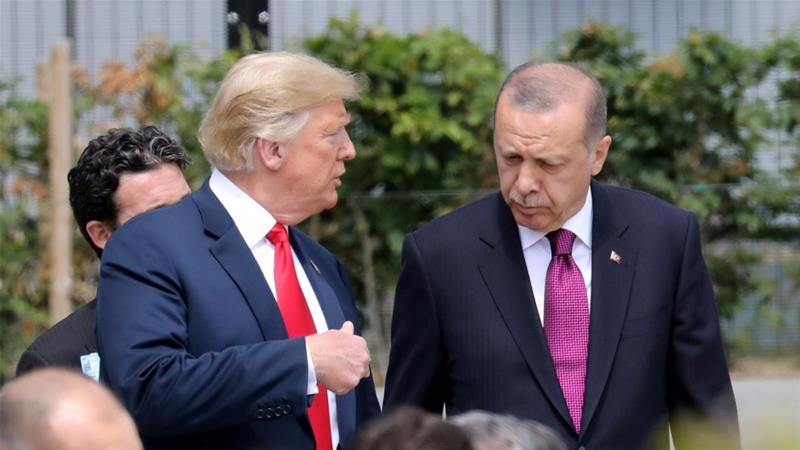 U.S. President Donald Trump warned on Monday that former Vice President and current Democratic presidential candidate Joe Biden is “shot” and would not be able to stand up to the “world-class chess players, singling out Turkish president among the world leaders, Daily Sabah reports.

“Let’s face it, Joe’s shot,” Trump said during an interview on “Fox & Friends.”

“You’re dealing with people that are very sharp. You’re dealing with world-class chess players in the leaders of these countries. I know them all. We do very well with all of them, (President Recep Tayyip) Erdogan of Turkey. You can’t have a guy that doesn’t know where he is. You can’t have a guy that’s afraid to leave his basement because he can’t speak any longer,” the president said.

“And by the way, at his best he wasn’t that good,” he added.

Biden has come to the fore with his recent controversial remarks on Turkey.

In a video clip that went viral, Biden said he would seek a regime change in Turkey and expressed his willingness to work with “opposition leadership” in the country to topple Erdogan in Turkey’s 2023 elections.

“We can support those elements of the Turkish leadership that still exist and get more from them and embolden them to be able to take on and defeat Erdogan. Not by a coup, not by a coup, but by the electoral process,” he said.

Lastly, Turkey’s Foreign Minister Mevlüt Çavuşoğlu on Sunday slammed Biden’s remarks. Only the Turkish nation, not someone from the U.S. or another country, can decide to change its government and president, Çavuşoğlu said in a statement.

“We strongly reject such impositions,” Çavuşoğlu told Anadolu Agency (AA) following his meeting with U.S. Secretary of State Mike Pompeo in the Dominican Republic, adding that Biden's remarks are “ignorant” and fail to recognize the Turkish nation.