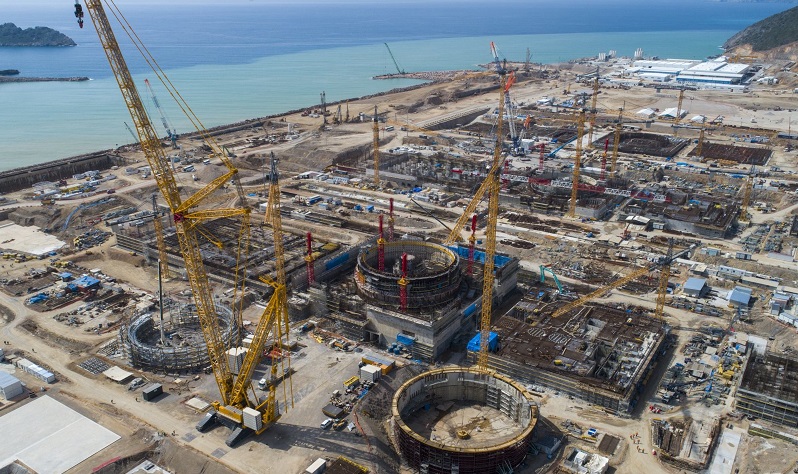 The two leaders unveiled the new phase of the Akkuyu Nuclear Power Plant (NPP) project in a groundbreaking ceremony which they attended from their offices in Ankara and Moscow.

The plant marks another major joint energy project that the leaders said symbolizes a deep partnership between the two countries.

Erdoğan said the plant would launch Turkey into the "league of nuclear energy countries" and called it a "symbol of Turkish-Russian cooperation."

Russia's state nuclear energy firm Rosatom is building the plant on the Mediterranean coast in the southern Mersin province. The two countries signed a cooperation agreement in 2010 and began the construction in 2018.

The decision to include nuclear power in the national energy infrastructure is a strategic step toward energy supply security, Erdoğan noted.

"We will be placing Turkey in the league of countries with nuclear energy by 2023, the 100th anniversary of the founding of our Republic," the president noted, referring to the year when the plant’s first unit, out of a total of four, is scheduled to become operational.

Putin said he expects the project to “improve the Russian-Turkish partnership in all its facets, helping strengthen friendship and mutual understanding between our countries’ peoples.” 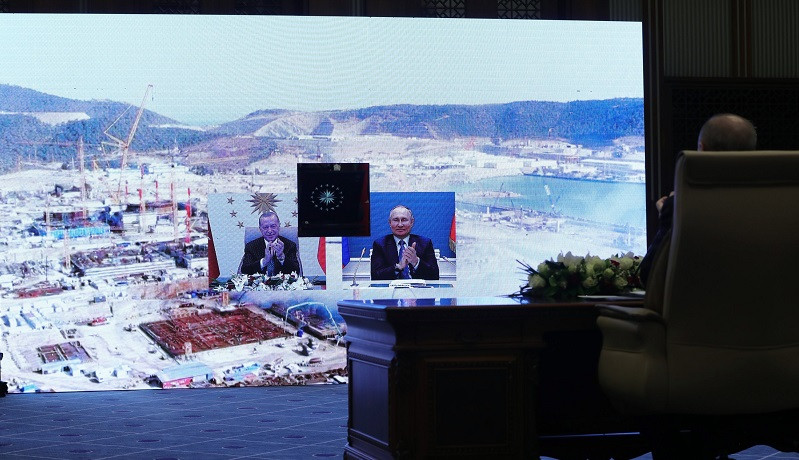 "The close dialogue that we established with my esteemed friend (Putin) is playing a key role not only in bilateral relations but also in preserving regional peace and stability," Erdoğan said.

"We had the opportunity to see the results of the Turkish-Russian dialogue in the field. We are committed to advancing this cooperation in the coming period," he added.

Saying that the Turkish-Russian project marks the start of a new era, Putin said it would significantly contribute to Turkey’s energy security and further strengthen its economy.

Turkey in November granted a construction license for the third unit of the plant.

All the remaining three units are due to start operation by the end of 2026, at a rate of one per year to ultimately have a total installed capacity of 4,800 megawatts (MW). The construction of the second unit started in June last year.

The groundbreaking ceremony of the fourth reactor will be realized next year, Erdoğan said.