Turkey’s inactive COVID-19 vaccine makes it to WHO list 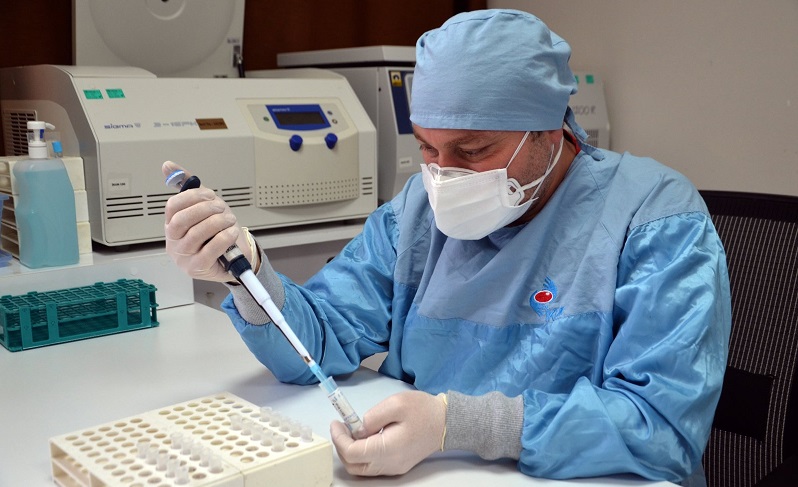 The World Health Organization (WHO) added an innovative inactive vaccine being developed by Turkish scientists to its list of vaccines in development – a recognition, though not approval, from the world’s top health body.

Professor Hasan Mandal, director of the Scientific and Technological Research Council of Turkey (TÜBITAK) which oversees vaccine projects, said it was the second vaccine to make it onto the list which previously acknowledged a locally-made virus-like particle (VLP) vaccine.

“There are plenty of vaccine development projects in the world but few make it into the list, due to the lack of transparency on their development process. Inclusion to that list shows that our vaccines are innovative and we want to present them to the international community as well,” Mandal told Anadolu Agency (AA) Thursday.

TÜBITAK maintains the COVID-19 Turkey Platform, an initiative coordinating separate projects working on vaccines and drugs against the coronavirus. It currently endorses seven vaccines which are at several stages of development, including Phase 2 trials, the penultimate stage before approval and mass use. An inactive vaccine developed at Erciyes University wrapped up Phase 2 trials, while another vaccine will soon start Phase 1 trials.

Mandal said Turkey had “very good” biotechnology firms and Turkey was capable of mass-producing vaccines. “We are able to produce vaccines this year and only await for the completion of trials."

The country hopes to start inoculation with a locally-made vaccine later this year. Health Minister Fahrettin Koca told a Turkish newspaper on Wednesday that a “third dose” of vaccinations can be given using a vaccine developed in the country.

On Thursday, the country, which ranks seventh in global vaccination numbers, exceeded 10 million in second doses for citizens. Overall, more than 24.3 million people have received their shots. The vaccination drive started with CoronaVac, developed by China’s Sinovac, in January, with health care workers prioritized. It later expanded to older people. The country also added the Pfizer-BioNTech vaccine to the jabs offered to the public. It now plans to acquire Sputnik V vaccines from Russia.

Figures from the Health Ministry show Istanbul, the country’s most populated city with more than 15 million people, now has more than 1.5 million people who have had two doses of the vaccine, while more than 2.4 million people have received their first shots. Istanbul also remains at the top of places with the highest number of coronavirus cases, though a drop was reported last week. An average of around 532 cases per 100,000 people were reported in the city in the last week of April. In the capital Ankara, nearly 2 million people have been vaccinated, including 797,415 who have had their second doses administered.

The country made a deal with three vaccine companies for 240 million doses of vaccines so far, though shipping delays have occasionally slowed down the vaccination campaign.