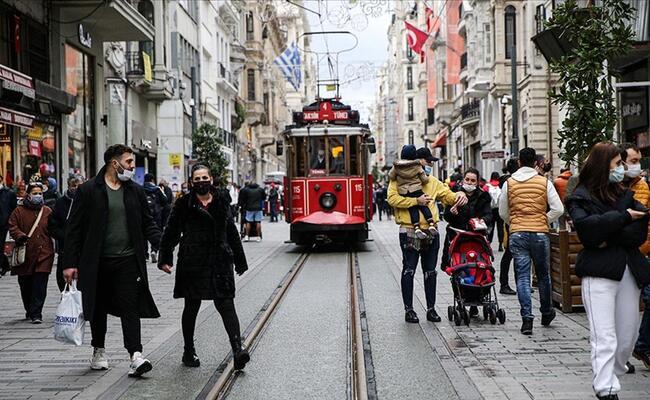 Health Minister Fahrettin Koca told journalists after a Cabinet meeting on Wednesday evening that Turkey will see a gradual decline in the number of COVID-19 cases next week based on their projections. Koca said a more significant decline is anticipated in the next "two to three weeks", News.Az reports citing Daily Sabah.

Koca’s remarks came amid a record surge in daily cases and a climbing number of fatalities stemming from the omicron variant. Though daily cases decreased below 100,000 after a few days earlier this month, the numbers are still fluctuating around an all-time high for the country.

The minister said cases peaked as of last weekend and they would decrease. "The pandemic’s burden on hospitals will also decrease. We currently see a drop by up to 30% in hospitalizations. The number of people in intensive care also decreased by 15%," he remarked.

Answering a question on whether Turkey would follow suit with some European countries that have started lifting COVID-19 restrictions, Koca said they would inform the public on the issue at a press conference next week, as well as a decision "on the timing of lifting the mask rule."

Media outlets had reported earlier that Turkey may lift the mandatory mask rule in the summer. Rules were earlier eased for wearing protective masks outdoors if the wearer adheres to social distancing rules but masks are still mandatory at indoor, crowded venues. These are among the few restrictions left from Turkey’s strict counter-pandemic measures. After a 17-day lockdown last year, the country gradually lifted most restrictions, including curfews. The removal was linked to the expansion of the vaccination program that helped keep the number of cases low. But the omicron variant, spreading faster than earlier strains, prompted concerns in late 2021 as cases started climbing. Still, the variant poses a risk only for the elderly, the unvaccinated and people with chronic illnesses, according to experts, as most people recover with mild symptoms.

The minister also said they were shipping more doses of Turkovac, the country’s domestically developed inactive vaccine, to more hospitals across the country. He said 800,000 doses had been shipped to hospitals so far and the jab would be available in more vaccination venues soon. "We will soon ship an average of 2 to 2.5 million doses monthly," he added, noting demand was high for Turkovac. He said a comprehensive study on Turkovac’s efficacy against the omicron variant was also expected to be concluded in March.