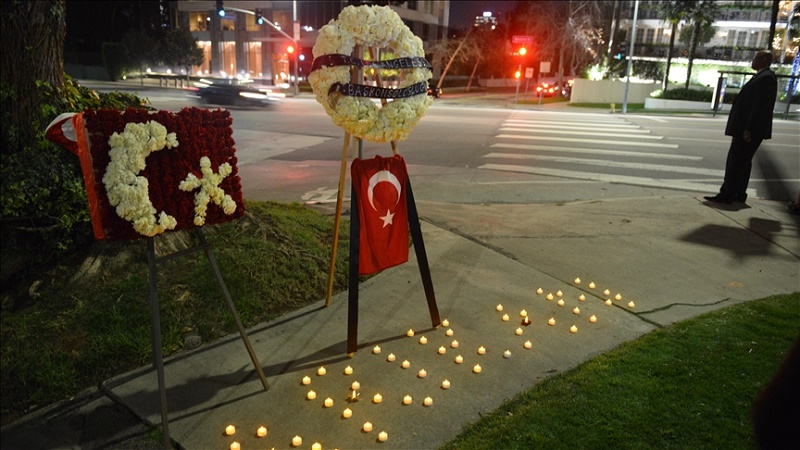 Turkiye on Friday commemorated one of its diplomats assassinated by an Armenian terror group in 1982.

"We remember with respect our martyr Kemal Arikan, Consul General in Los Angeles, assassinated in a heinous attack by the Armenian terrorist organization JCAG in the USA on 28 January 1982," the Turkish Foreign Ministry said on Twitter.

Arikan was killed by Hampig Sassounian and his accomplice Krikor Saliba on behalf of the Armenian terrorist group JCAG.

Sassounian was arrested and sentenced to life in prison, while fugitive terrorist Saliba is said to have been killed in the Lebanese civil war in 1982.

Last March, Sassounian was released on parole by the Los Angeles County Superior Court and was later returned to Armenia, both moves condemned by Turkiye.

According to data compiled by Anadolu Agency, a total of 77 people – 58 of them Turkish citizens, including 31 diplomats and members of their families – were killed in attacks from 1973 to 1986 carried out by terrorist groups the Armenian Secret Army for the Liberation of Armenia (ASALA), Justice Commandos of the "Armenian Genocide" (JCAG), and the Armenian Revolutionary Army (ARA).