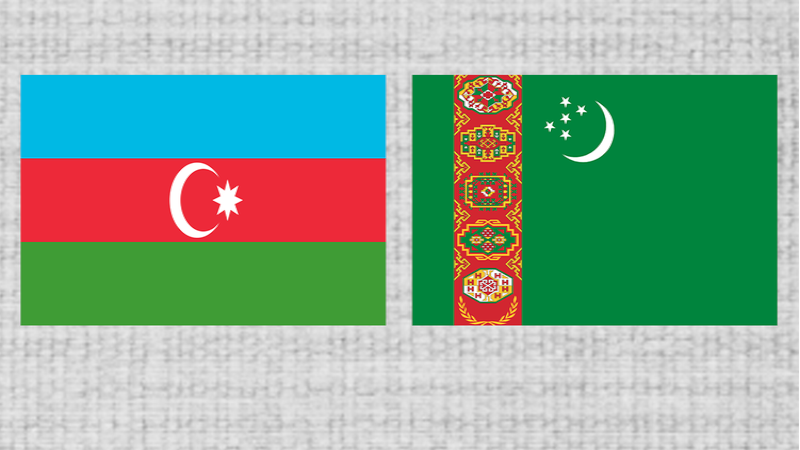 News.Az presents the article by Shahmar Hajiyev, a leading advisor at the Baku-based Center of Analysis of International Relations (AIR Center).

On  January  21, 2021 Azerbaijan and Turkmenistan signed a memorandum of understanding on joint exploration of “Dostluk” offshore field in the Caspian Sea. (azertag.az, January 21, 2021). It is worth mentioning that previously named “Kapaz” in Azerbaijani and “Sardar” in Turkmen languages, the Kapaz/Sardar field has been the main dispute between Baku and Ashgabat since the 1990s. Turkmenistan even intended to take the disputed issue to the International Arbitration Court. Later, officials from both countries agreed not to carry out exploration in this field until the Caspian legal status was resolved.

The Convention on the Legal Status of the Caspian Sea which was signed between five Caspian states – Russia, Azerbaijan, Iran, Kazakhstan and Turkmenistan on August 12, 2018 Aktau, Kazakhstan  (aa.com.tr, August  12, 2018) was a huge step towards future cooperation in the Caspian Sea. The parliament of Turkmenistan has ratified the document on December 3, 2018 (azernews.az, December 3, 2018), and Azerbaijani parliament has ratified the Caspian Convention on February 12, 2019 (trend.az, February 12, 2019). The Caspian Convention resolved many disputed issues between the five Caspian littoral states, and one of the key clauses of the Convention was supposed to facilitate the building of the undersea pipelines with the consent of the countries only involved in the project.

Also, the visit of the President of Turkmenistan Gurbanguly Berdimuhamedov to Azerbaijan on March 11, 2020 further strengthened bilateral relations. Two presidents discussed cooperation in energy, agricultural, scientific, educational, tourism, cultural, sports and other areas. In recent years more than 50 documents were signed between Azerbaijan and Turkmenistan. As one can see the relations between two countries became strategic, and the change of the name of disputed energy filed to “Dostluk” (Friendship in English) as well as its joint exploration clearly illustrate the good will of both countries to expand energy cooperation in the Caspian Sea. As noted by Turkmen President: “The signing of the Memorandum marks a fundamentally new stage in energy cooperation between Turkmenistan and Azerbaijan in the Caspian Sea” (president.az, January 21, 2021).

With this agreement, the future oil extraction from this field is attractive for Azerbaijan’s oil sector. Azerbaijan can export both Turkmen and Azeri oil via its existing oil pipeline systems, which is beneficial from an economic point of view. Turkmenistan consumes around 60% of its oil production domestically, and exports roughly 40% (trade.gov, October 15, 2020). Joint exploration of Dostlug field will increase oil export potential of the country as well as create favorable conditions to strengthen energy cooperation, especially in natural gas sector as Turkmenistan’s total proved gas reserves in the region is huge. In 2019, gas production was amounted to 63.2 billion cubic meters (bcm), of which roughly half of production was suppled for domestic market. Along with Russia, China is the main buyer of the Turkmen natural gas. In 2019, the natural gas supply to China was slightly more than 30 bcm (trade.gov, October 15, 2020). The gas was supplied via the Central Asia-China gas pipeline, which connects rich gas sources of Central Asia to China’s gas transmission system.

Another major natural gas export route for Turkmenistan is Russia. However, gas disputes with Russia when Gazprom demanded revision of the oil-linked price formula agreed in 2008, and later cut gas supplies from this country hit hard Turkmenistan’s economy.  Only in 2019 Gazprom has signed a five-year contract to import 5.5 bcm of gas a year from Turkmenistan (reuters.com, May 21, 2019). So far, high dependence on Chinese and Russian market are “Achilles heel” for Turkmenistan.

Therefore, after signing of the Convention on the Legal Status of the Caspian Sea as well as MoU on joint exploration of Dostluk oil and gas field, the next step for Turkmenistan should be promotion of Trans Caspian Pipeline (TCP) to diversify its energy export routes. In this regard, gas transit from Turkmenistan to Azerbaijan via the possible TCP will open new energy markets for Turkmenistan.  Laying subsea TCP and joining the Southern Gas Corridor (SGC) would also create economic and other benefits for other Central Asian countries. TCP gas pipeline supported by the EU and US, and in fact, the EU restarted the negotiations with Turkmenistan on this pipeline after signing of the Caspian Convention. Washington and Brussels support energy cooperation in the Caspian Sea, and TCP is a strategic project to facilitate the export of rich Turkmen energy resources to Europe.

All the aforementioned facts make high priority for Turkmenistan to diversify its export routes. Towards this end, the best option for Turkmenistan is the energy cooperation with Azerbaijan. Azerbaijan has crucial energy infrastructure in the Caspian and finalized important mega energy projects such as the Baku-Tbilisi-Ceyhan oil pipeline (BTC) and the SGC. It should be noted that in December 2020, the European leg of the SGC – Trans Adriatic Pipeline (TAP) supplied the first gas from the Caspian Sea to the final destination in Italy. The initial capacity with 10 bcm/y and with a future expansion up to 20 bcm/y TAP will support the EU diversification process. (azernews.az, December 31, 2020). The SGC is a huge inter-regional energy project which supports EU energy security. According to Vitaly Baylarbayov, deputy vice-president of the State Oil Company of the Republic of Azerbaijan (SOCAR), speaking in AIR Center webinar: “Azerbaijan will welcome other countries to use the pipeline systems to supply gas to Europe” (aircenter.az, December 16, 2020). It means that Turkmenistan can join SGC to export its natural gas to European energy consumers.

In the end, energy cooperation between Turkmenistan and Azerbaijan is of interest to both countries. First of all, Azerbaijan welcomes other countries to join SGC on the basis of mutual economic benefits. In this regard, the energy cooperation between Baku and Ashgabat may also strengthen Azerbaijan’s position as energy hub in the region. For Turkmenistan, the energy cooperation is even more important, as the country is highly dependent on natural gas exports, and new markets for the sale of natural gas, especially the European energy market, are very attractive. By diversifying energy export routes, Ashgabat could reduce its dependence on a few destinations, as well as may have a more favorable position in gas negotiations. In addition, the process will help Turkmenistan engage with new technologies and energy specialists for its energy sector.