Ukraine must remain sovereign if it wants to join NATO: Alliance chief 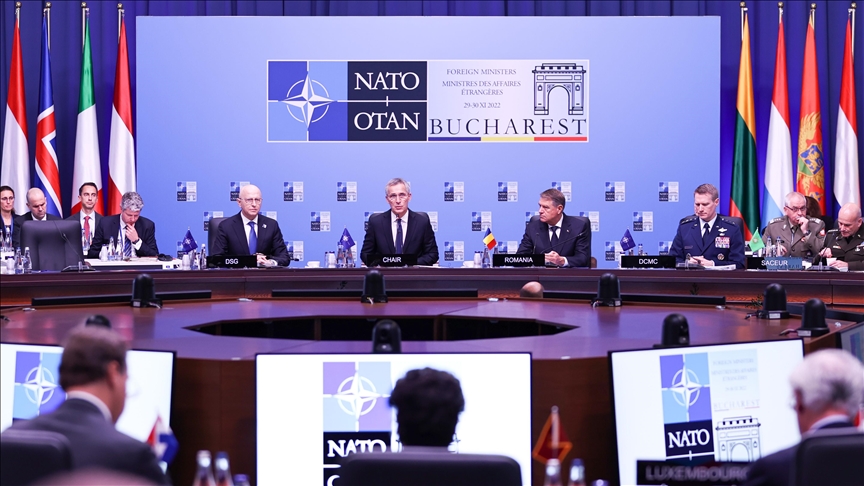 In order for the embattled nation of Ukraine to one day join the ranks of NATO, the country needs to remain sovereign and independent, said the alliance’s chief on Wednesday, News.az reports citing Anadolu Agency.

Asked at the end of a NATO foreign ministers meeting in Romania's capital Bucharest if Ukraine deserves to join the alliance, Secretary General Jens Stoltenberg said: ''If Ukraine cannot continue as a sovereign and independent country, then, of course, membership – the issue cannot be on the table.”

Speaking at a press conference, Stoltenberg added that NATO allies are ready to supply Ukraine with advanced military materials, ammunition, fuel, and what it needs as it continues to fight off Russia forces.

"We are developing both political and practical partnerships with Ukraine. This will strengthen Ukraine's institutions, and help transition from Soviet-era equipment standards to modern NATO standards doctrine. This is for Ukraine and for us," said Stoltenberg.