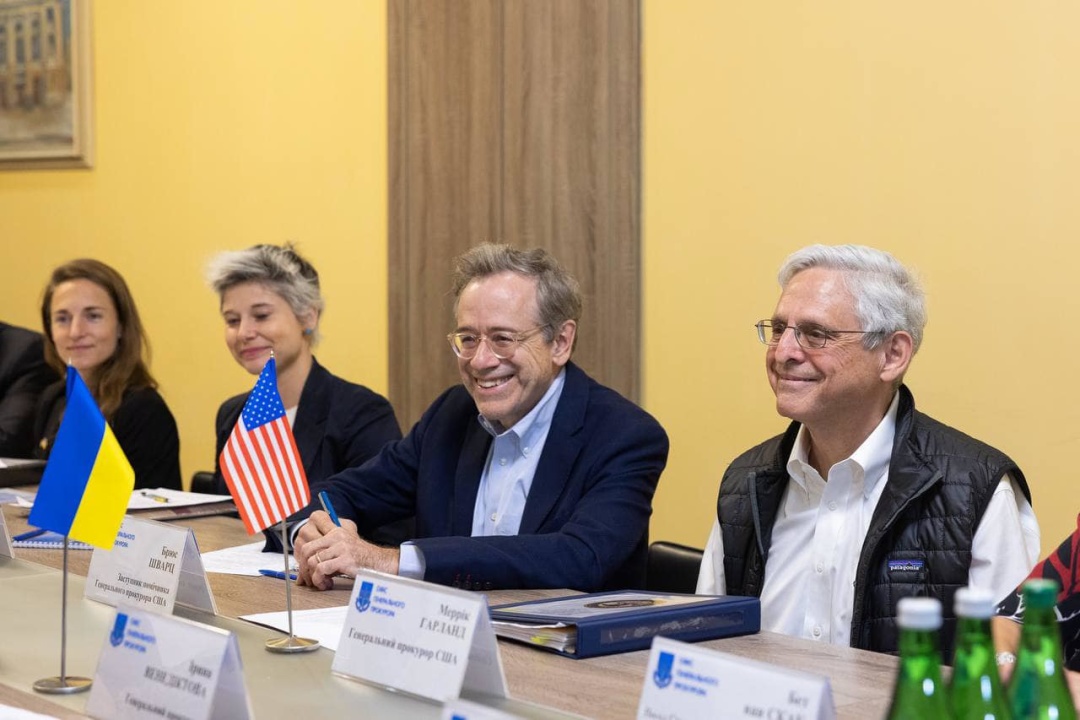 Ukraine's Prosecutor General Iryna Venediktova and U.S. Attorney General Merrick Garland have discussed joint efforts in the legal sphere and the format of cooperation between the American side and a Joint Investigation Team (JIT) on alleged core international crimes committed in Ukraine, Venediktova wrote this on Facebook, News.az reports citing Ukrinform.

"We discussed the joint efforts of our legal front and the format of cooperation between the American side and a Joint Investigation Team investigating Russia's war crimes. Legal support is as necessary and effective as the supply of weapons to fight Russia, which is committing unprecedented atrocities against the civilians of our state," she said.

She stressed that now Ukraine desperately needs help "on the ground" and special equipment. According to her, the United States is considering supporting Ukraine with additional professional forces and equipment.

"In particular, we expect expert support in the field of asset recovery. We are actively cooperating with the U.S.-based Task Force KleptoCapture in the search for the property of war criminals," Venediktova said.

She also added that cooperation with the United States in the field of combating environmental crimes had been discussed.

"As the war is ongoing, this is a serious challenge to us, because we are already investigating Russia's abuse of our environment in 12 criminal proceedings on ecocide," Venediktova wrote.

During the talks, Venediktova and Garland also discussed cooperation in the field of cybersecurity and the fight against corruption and illegal financial flows, which is an important marker on the path to Ukraine's membership in the European Union.

Venediktova thanked her U.S. colleagues for assessing the work of the Ukrainian law enforcement system in the extremely difficult conditions of the war. She also noted the contribution to "our performance of experts from the Atrocity Crimes Advisory Group established by the United States, the European Union and the United Kingdom."

In addition to Garland and the Justice Department team, the meeting was attended by U.S. Ambassador-at-Large for Global Criminal Justice Beth Van Schaack.