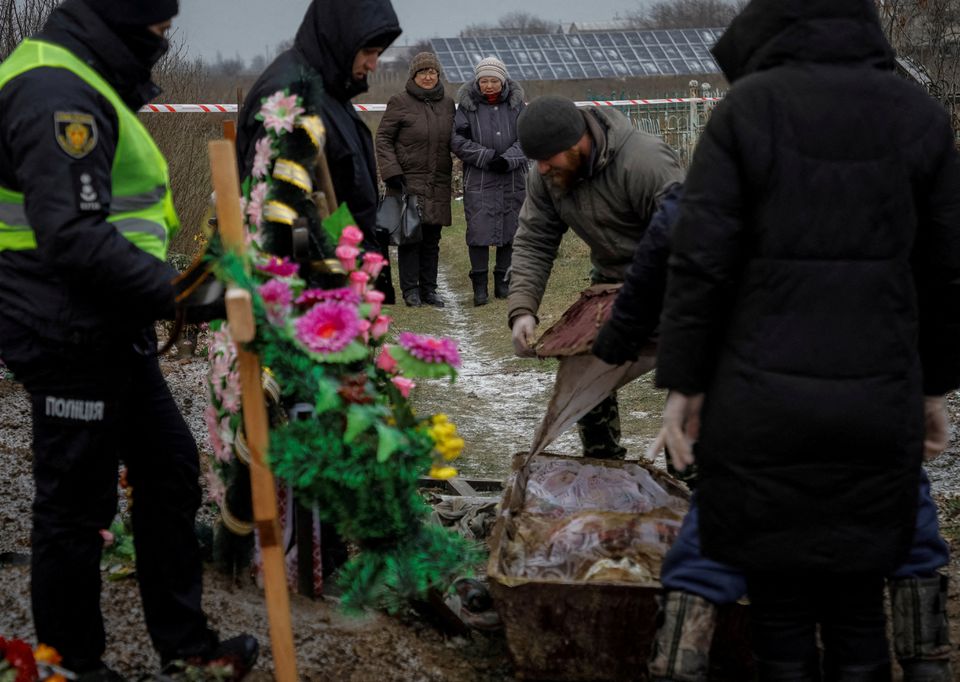 Tamila Pehyda, a retired school teacher, looked on in tears as gravediggers exhumed her husband's remains and a forensic pathologist examined them to establish the cause of death, News.az reports citing UNIAN.

As suspected, Serhiy, who was 70 when he died in June in the southern Ukrainian village of Vysokopillia, was killed by shrapnel during heavy artillery shelling as Ukraine sought to recapture territory from the Russians.

The grisly process is being organised by Ukrainian authorities who are gathering evidence of how people died and whether potential war crimes have been committed by Russian forces fighting in Ukraine.