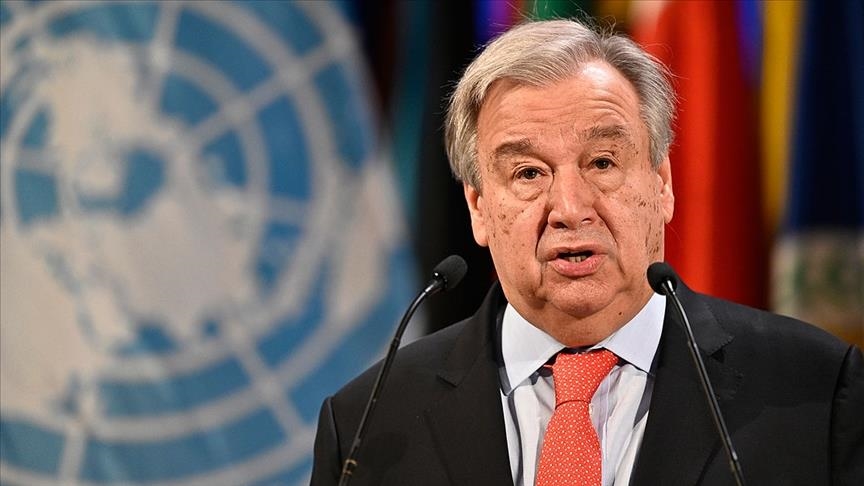 UN Secretary General Antonio Guterres kicked off the world body’s annual assembly on Tuesday with a call for tougher action on climate change and Covid-19, as world leaders prepared to head to the diplomatic gathering in New York, The Nation reports.

The UN chief said this year’s General Assembly comes “at a moment of great challenge and division”, amid slow progress on cutting heat-trapping gas emissions and overcoming the coronavirus pandemic.

The world body's annual high-level week begins next week, when US President Joe Biden, UK Prime Minister Boris Johnson and other statesmen are set to speak in person in Manhattan at the General Debate of the UN’s 193 members.

“As Covid-19 and climate change are proving every day, challenges and threats are borderless,” said Mr Guterres at the formal opening of the UN General Assembly — known as the UNGA — on Tuesday.

“They affect us all.”

He said vaccines and treatments for tackling Covid-19 were being hoarded by the rich and called for a faster roll-out of shots to stop a pandemic that has claimed more than 4.5 million lives globally.

The secretary general also called for big economies to raise their ambitions for cutting emissions of planet-heating gases like carbon dioxide and methane to stop rising temperatures that drive fires, floods and other disastrous weather.

“We need countries to commit and live up to bold climate targets at Cop26 in Glasgow,” he said, referring to key climate talks in the Scottish city in November.

“The war on our planet must end.”

The White House confirmed on Monday that Mr Biden would travel to UN headquarters to deliver his address to the world body in person on September 21.

The president is expected to frame US foreign policy goals following last month’s chaotic exit of American and Nato forces from Afghanistan after a 20-year deployment as the Taliban swept back to power.

Mr Biden’s speech is likely to present a contrast to his predecessor Donald Trump’s “America First” rhetoric, but US allies are wondering whether the US is a reliable global leader as China becomes richer and stronger.

A provisional list of speakers, which a UN official shared with The National, suggests Mr Biden will speak on the same morning as Brazil’s President Jair Bolsonaro and Qatar’s emir Sheikh Tamim bin Hamad Al Thani.

Scores of world leaders are expected to visit UN headquarters throughout the week of speeches and private sit-downs despite fears that it would become a Covid-19 superspreader event.

Many others will deliver speeches via pre-recorded videos. Iran’s President Ebrahim Raisi and his Egyptian counterpart Abdel Fattah El Sisi are understood to be sending videos for the UN to screen in its domed assembly hall.

Aside from the general debate, presidents, prime ministers and princes will take part in high-level events on energy, climate change, racism, and conflicts and tension in the Middle East and other regions.

The size of each country’s delegation has been cut back this year amid fears that diplomats will spread Covid-19 while in the US. Masks are mandatory and countries have been asked to slim down their usually large entourages.

Mr Guterres, who was elected to a second five-year term in June, says he favours in-person meetings because world leaders find it easier to make compromises and cut deals when they look each other in the eye.

The UNGA opening session began on Tuesday with the election of Abdulla Shahid as president of the General Assembly, a ceremonial role.