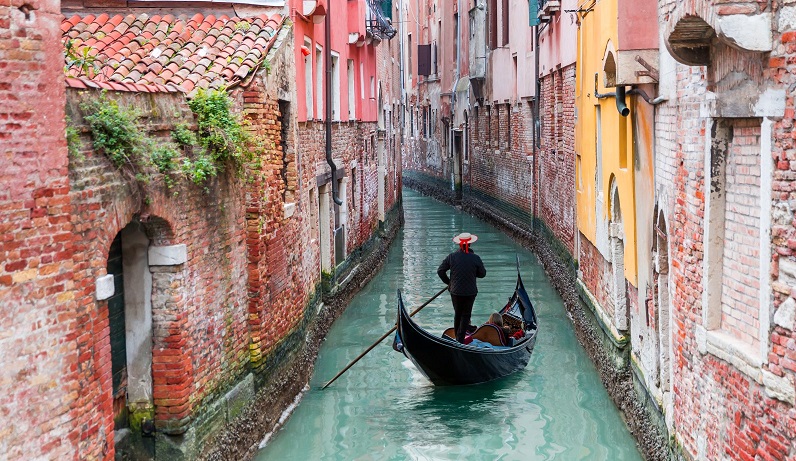 The city's reputation is ruined and tourists give the city a wide berth: This is what the future of Venice could look like if UNESCO includes the romantic northern Italian lagoon city in its damning list of endangered world heritage sites.

As a result of the city's reluctance to give up its cruise liner industry, the United Nations cultural authority is threatening to red list the city in mid-July in a new report condemning Italy's lackluster attempts to contain the damage caused by large ships and mass tourism.

The government in Rome responded on Monday evening with an alarmed appeal that it would now move quickly to remedy the situation.

"This would be a very serious matter for our country," Italian Culture Minister Dario Franceschini said. "The time for hesitation is over."

Yet the battle to preserve the city, which drew 5.5 million tourists in the pre-pandemic year of 2019 with its landmarks like St. Mark's Square and gondola-packed waterways, has been raging for many years.

Politicians in Rome, the Veneto region and the city are engaged in an ongoing tug-of-war with citizens' initiatives and the business community over the right course of action.

Venice and its lagoon have had UNESCO World Heritage status since 1987, a tourism-friendly label that can be used to generate income for the local economy.

If UNESCO is serious about its threat, Italy would be required to draw up a new plan of action and submit a report on implementation by February 2022, according to information from the Ansa news agency.

The U.N. authority is set to vote between July 16 and 31. A few years ago, there had even been considerations to withdraw the World Heritage title from the city.