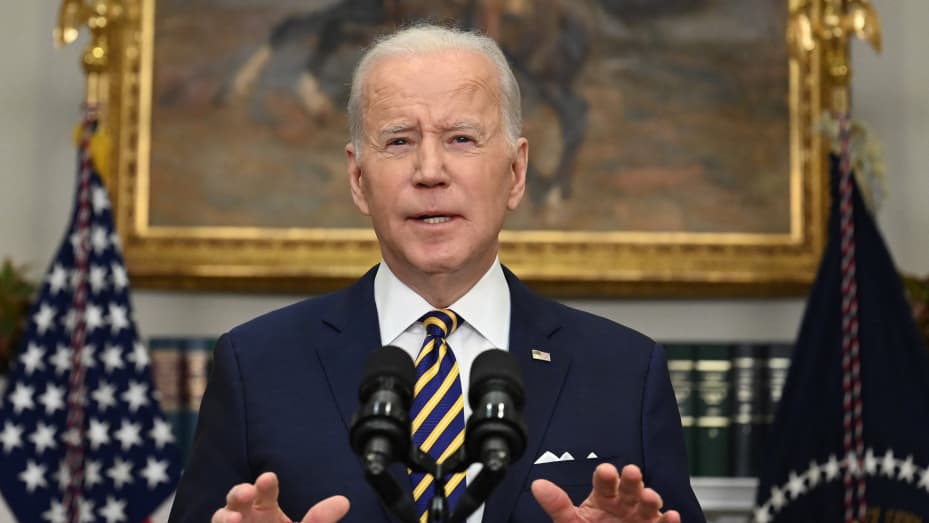 He says moves means the "American people will deal another powerful blow" to Putin's leadership.

"We will not be part of subsidising Putin's war," Biden adds.

Despite mounting fears of rising gas prices, the move has widespread bipartisan political support in the US.

Oil prices have been surging in anticipation of Biden's announcement - with the price of brent crude, the international benchmark, rising more than 5%, to $130 a barrel.

The US move is more immediate than in Europe, which is far more reliant on Russian oil and gas.