War could push 90% of Ukrainians into poverty, UN warns 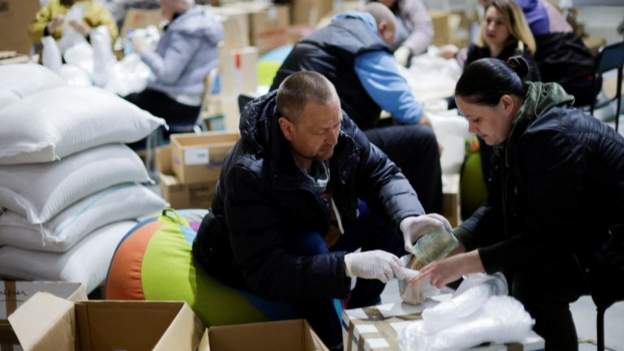 We've been reporting on the growing food crisis in Ukraine and accusations that Russia is using food as a weapon of war, including by blocking ports in Ukraine's Black Sea, News.az reports citing BBC.

Now, the UN Development Programme (UNDP) has warned that 90% of people within Ukraine could be pushed into poverty if Russia continues its assault.

"We're talking about nine out of 10 Ukrainians falling into poverty if this war continues until the end of the year," UNDP deputy representative in Ukraine, Manal Fouani, says.

She says this is a "shocking number", given the poverty rate in the country was just 2.5% just before the war started.

Fouani said that 18 years of development gains could be lost by the end of the year - the "investments of the European Union and of all of the donors and the development partners in this country over the past 20 years".