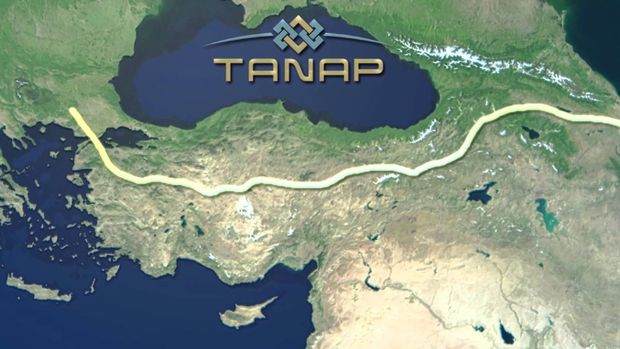 The Project will finance infrastructure investments for the TANAP Pipeline System.

Government of the Republic of Azerbaijan, Southern Gas Corridor Closed Joint Stock Company (SGC) and World Bank have signed legal agreements for allocation of a US$400 million IBRD loan to SGC with the guarantee of the Republic of Azerbaijan to support the Trans-Anatolian Natural Gas Pipeline (TANAP) Project. The project will transport natural gas from the Shah Deniz gas field in Azerbaijan to and across Turkey, and further to Europe, aiming to diversify Azerbaijan’s gas export markets and improve the security of the energy supply in Turkey and South Eastern Europe.

This project is part of the Southern Gas Corridor Program, which, in addition to TANAP, includes the development of the Shah Deniz 2 gas field in Azerbaijan; an expansion of the South Caucasus Pipeline across Azerbaijan and Georgia to Turkey; and the Trans Adriatic Pipeline (TAP), which carries the gas through Greece and Albania and under the Adriatic Sea to Southern Italy. Reflecting the importance of the Southern Gas Corridor for all countries involved in the program, a number of international financial institutions are supporting the Program, including the Asian Infrastructure Investment Bank (AIIB), which is co-financing the Project together with the World Bank.

The Project will finance infrastructure investments for the TANAP Pipeline System. At 1,850 km, TANAP accounts for over one half of the 3,500 km Southern Gas Corridor pipeline system from Azerbaijan to Italy. TANAP will begin at Turkey’s border with Georgia, go through Turkey from east to west, and at the Greek border will connect to the TAP, which will convey the gas to European markets.

“We are very pleased to sign today the legal agreements for TANAP, culminating many months of the hard work of teams from the World Bank Group and Azerbaijan”