World port and harbor leaders to gather in Azerbaijan 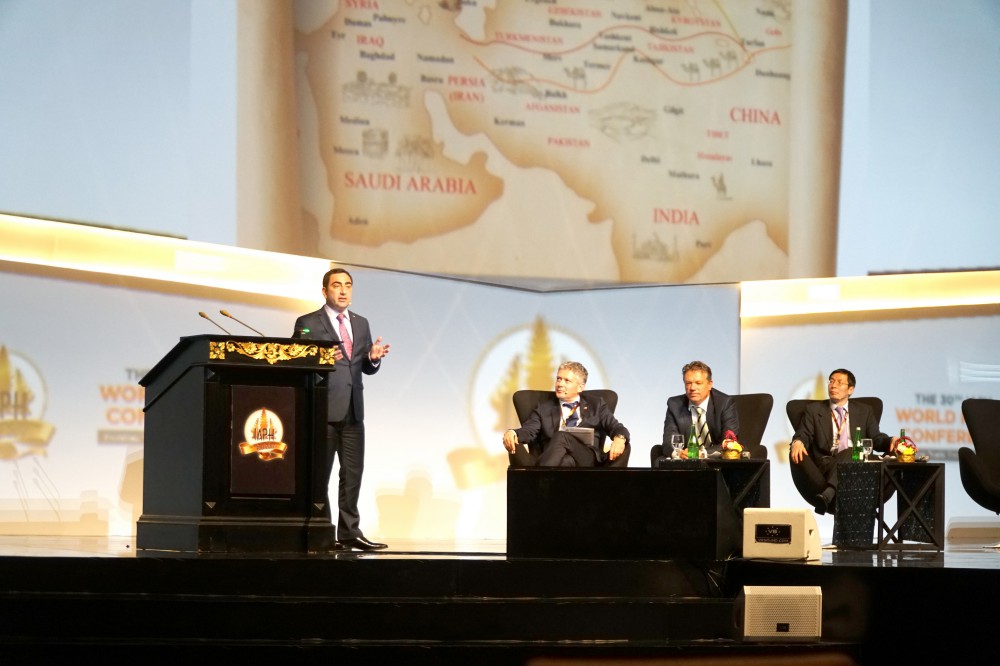 The 30th International Association of Ports and Harbors (IAPH) World Ports Conference has decided that Azerbaijan will host the next gathering of the Association. A delegation of Baku International Sea Trade Port CJSC attended the conference, which was held in Bali, Indonesia.

The conference also featured the opening an international exhibition. Nearly 1,000 conference participants viewed the stand of the Port of Baku here.

The conference was followed by sessions. Director-General of Port of Baku Taleh Ziyadov made a presentation on "Azerbaijan's grand hub vision: implications for connectivity in Eurasia".

He read out First Vice-President Mehriban Aliyeva`s message of greetings to conference participants.

The event then featured the screening of a short promotional film on Azerbaijan and Port of Baku.

The event also saw the signing of a Memorandum of Understanding between the Port of Baku and Indonesia's Port Corporation.

The IAPH has more than 300 members from 88 countries, and Baku International Sea Trade Port has been a full member since 2010.