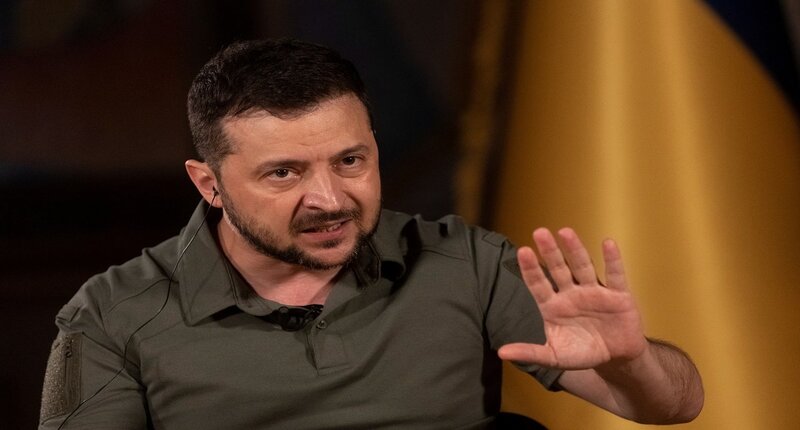 President of Ukraine Volodymyr Zelenskiy vowed there would be no let-up in Ukraine's fight to regain its territory as Kyiv said its troops had crossed a major river, paving the way for an assault on Russia's occupation forces in the eastern Donbas region, News.az reports citing UNIAN.

Reflecting the dramatic change in momentum since Ukrainian forces routed Russian troops earlier this month in the northeast, U.S. President Joe Biden offered his strongest prediction so far that the Ukraine would win the war.

"They're defeating Russia," Biden said in an interview with CBS's "60 Minutes".

Victory would come only when Russian forces were completely driven from Ukrainian territory, and the United States would support Ukraine "as long as it takes", Biden said.

"Russia’s turning out not to be as competent and capable as many people thought they were going to be."

Crossing the Oskil River is another important milestone in Ukraine's counter-offensive in the northeastern Kharkiv region. The river flows south into the Siversky Donets, which snakes through the Donbas, the main focus of Russia's invasion.