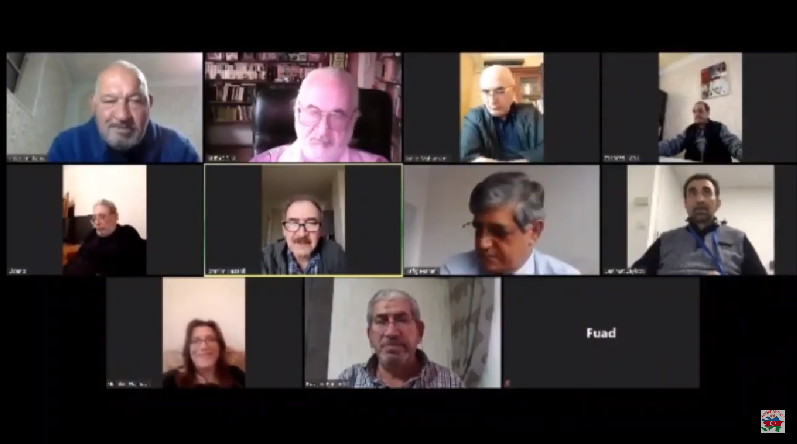 Throughout human history, reclaiming distinct and durable identities has been a daunting challenge for nations emerging from ruins of empires. In most of Latin America, Spanish and Portuguese cultures dominate native traits, in the Middle East and Africa, French and British influences shape local identities; while in Southern Europe and, again, in the Middle East, people quietly indulge in Ottoman pleasures.

In modern days, the former republics of the USSR are rebuilding their identities and statehood from a mix of complicated histories and competing narratives under the watchful eyes of Russia. Although having former dominant power next door compounds the nation-building challenge for others, Russia itself faces the most difficult trial as it can neither walk away from own history, nor progress without examining its past.

Over the last three decades, most post-Soviet states have moved beyond their common legacy and conveniently utilize the remaining elements of the yesteryear, such as Russian as lingua franca or shared technical expertise, for practical purposes. For those outside Russia it was much easier to abandon ideology and political approaches of the Communist Party. Thus, it was most surprising to encounter a very visible recent exception in generally very independent-minded and identity-conscious Azerbaijan.

Azerbaijan’s most loud a radical opposition group with a puffed-up moniker, the National Council, followed the coronavirus age fashion by setting up zoom meetings. The predictably leaked recordings of the meetings were as depressing as the participants ignoring every school’s basic warning its students about security problems with zoom. On the other hand, for a group with oversized ambitions and no clear purpose constantly complaining of insufficient coverage, publication of their meeting’s recording should be a promotion of ideas and political vision. Unfortunately, what the public saw was a disjointed collection of individuals concerned facebook likes of their rivals among the opposition. They also shared strong apprehension about LGBT. So much so, that one participant lamented that “Hitler did not finish them all,” and a lady, who also happens to be the best buddy of Western embassies and a self-proclaimed advocate for human rights, spent much of the meeting introducing profanities about LGBT in general and a particular U.S.-based gay individual.

Going back to the Soviet legacy, the militant, negative and undefined political views of the National Council are typical of neo-Bolshevik groups rooted in the pre-independence era. It is not even that their views on LGBT are so retrograde – these issues are highly sensitive in the most conservative societies in the region and, especially, in the Muslim ones - but rather the group’s complete detachment from reality and utter irrelevance that made these meetings so embarrassing. It is clear now why they refuse any dialogue with the authorities or other opposition parties: they have nothing to offer and have no clue what to do. It is obvious that individuals who prioritize discussing other people’s personal laundry and sexual orientation and jealously count facebook likes cannot be political leaders. This is also a sad day for the society as a whole because the same individuals pretended to engage in political process for a long time – yes, these people have been around from Soviet days, nominated foreign citizens as presidential candidates and called people to the streets all while harboring personal resentment about facebook and admiring Hitler for his murder of gays

Their foreign sponsors and champions should be equally embarrassed for supporting and boosting the most Bolshevik-like groups and de-facto encouraging them to abandon any dialogue in Azerbaijan. Next time another Western politician or an NGO proclaim their support for someone they would benefit from some fact-checking; that is, of course, if they want to know the facts. For years, many in Azerbaijan have been puzzled by E.U. and U.S. embassies backing religious fanatics with staunchly anti-western, anti-Semitic and violent outlook. Now, it turns out, the West has also been embracing homophobes and generally misperceived radicals. As a side note, their online information outlets also follow the same methods as extremists all over the words by utilizing social networks for hysteria, calls for violence and capitalizing on personal insults.

Using empty human rights and democracy rhetoric to cover the lack of any relevant political agenda and producing nothing but distraction are typical devices of Bolshevik propaganda. Azerbaijan and most other nations in the region left all that legacy behind and, if anything, are reforming rapidly. As for the fringe political elements with anachronistic Soviet thinking and medieval religious doctrines, they belong in a museum rather than in modern politics. The sooner their backers understand that, the less embarrassing it is going to be.