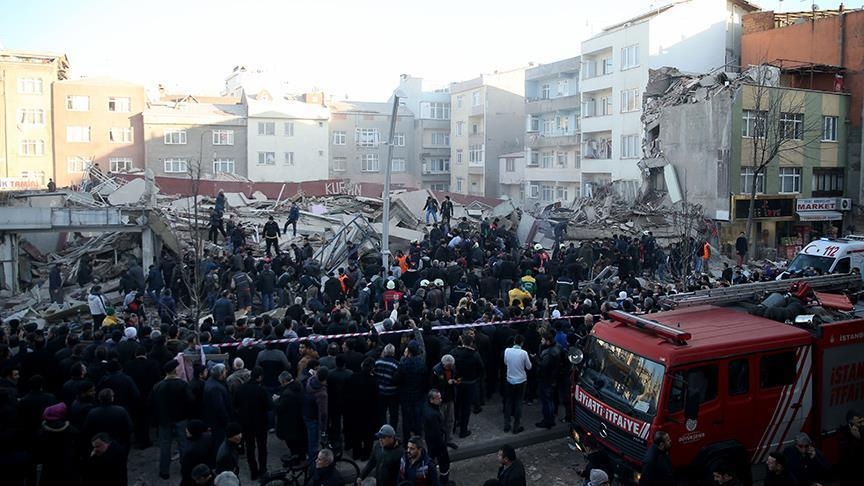 Bodies of 60-year old Mehmet Akbas and Mehmet Ozdener, a six-year old child have been removed from the debris in Zeytinburnu district on Istanbul’s European side.

Five others were also injured in the incident.

The building was abandoned after the demolition decision was taken two years ago, Ali Taskin Balaban sub-governor of the district said.

The water, electricity and natural gas flows in the region were cut off while the teams are investigating if anyone is under the wreckage.

Istanbul Fire Department is also carrying out debris removal works with 17 vehicles and 55 personnel in the region.