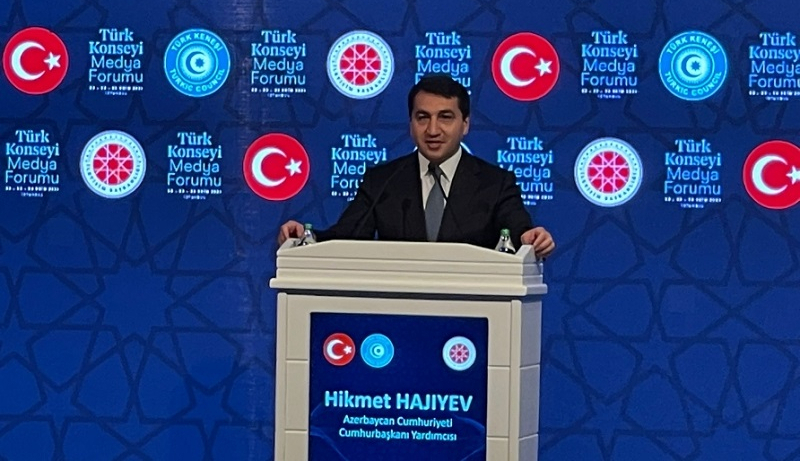 The year 2020 became a particularly significant period for the Azerbaijani people, Assistant to the President of Azerbaijan, Head of the Foreign Policy Affairs Department of the Presidential Administration Hikmat Hajiyev said Friday at the Turkic Council’s Media Forum in Istanbul, News.Az reports.

"The Azerbaijani people, closely rallying around President Ilham Aliyev, rose for the Patriotic War and liberated their lands from occupation, following the call ‘Karabakh is Azerbaijan!’," he said.

“The countries of the Turkic Council also made every effort and provided support to the Azerbaijani people during the 44-day war. I would like to emphasize the support that the Turkish media provided to Azerbaijan. Fighting shoulder to shoulder, we won the information war as well,” the top official added.