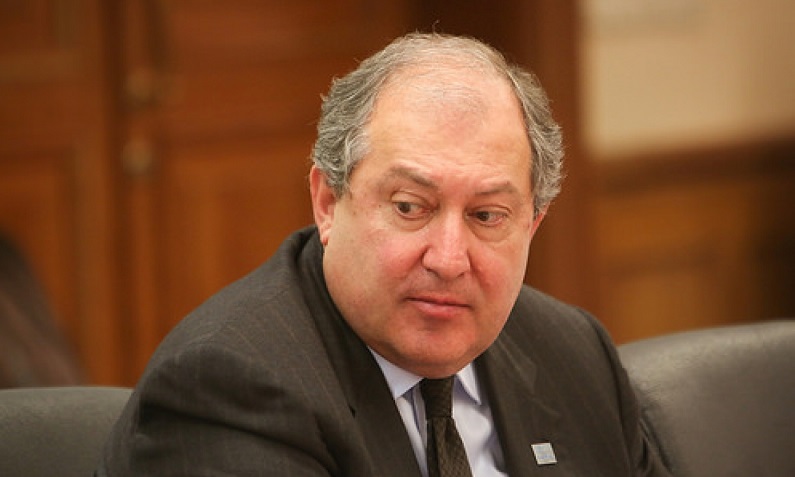 The office of Armenia’s prosecutor-general has opened a criminal case, ordering a probe into charges that the country’s president, Armen Sarkisyan, concealed his double citizenship before contesting the post of the head of state, the president of the Armenian Lawyers’ Union, Ara Zograbyan, said on Monday.

"I would like to recall that 53 lawyers filed a statement to the effect Armenia’s President Armen Sarkisyan committed a crime by keeping secret his double citizenship. The Special Investigative Service (SIS) refused to launch criminal proceedings over the lawyers’ statement. Now I can report that the Prosecutor-General’s Office has overturned the SIS decision to open a criminal case under part 1 of article 325 of the Criminal Code (forgery, sale or use of false documents)," Zograbyan said on his Facebook page.

Earlier, a group of lawyers addressed the SIS with a statement saying Sarkisyan in 2003-2012 was a British subject. He was elected president on March 2, 2018, which means at that moment he was in breach of one of the mandatory requirements a candidate for the head of state was obliged to meet - to have no citizenship other than Armenian for a period of six years preceding the election.

"Sarkisyan would have been eligible for the office of the president only if his British citizenship had been terminated by March 1, 2012," the lawyers said.

Before 2018, Sarkisyan was Armenia’s ambassador to Britain. Some members of his family still reside in the UK.