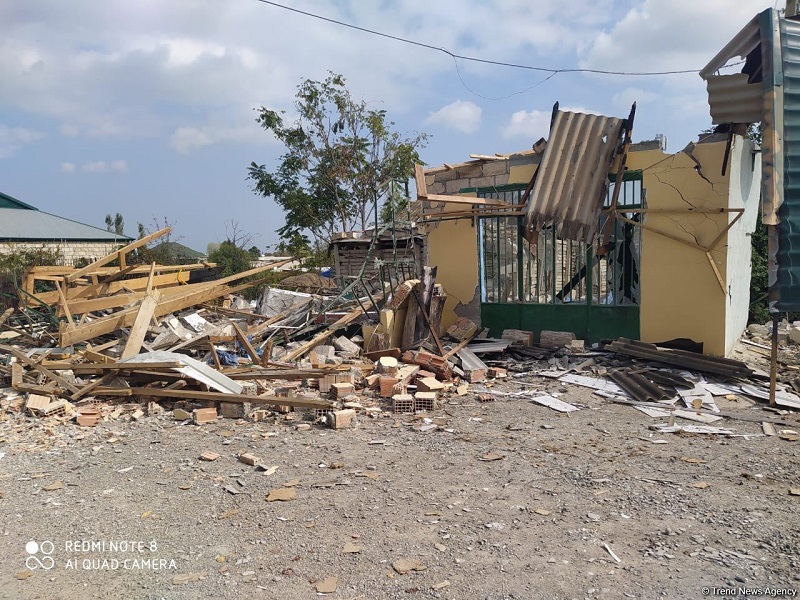 The Armenian Armed Forces continue to commit crimes against the peaceful civilian population of Azerbaijan, grossly violating the requirements of the humanitarian ceasefire regime, the Prosecutor General's Office said Monday.

As a result of the intensive shelling of the Aghjabadi district, committed this morning by the Armenian Armed Forces from missile systems and heavy artillery installations from various directions, in the villages of Yukhari Giyamaddinli and Garakhanli, totally more than 25 houses were damaged.

In addition, as a result of intensive missile and artillery shelling by the Armenian Armed Forces of the Tartar district, a resident of the village of Alasgarli – 58-years old Niyaz Salimov received various bodily injuries and was hospitalized, and his house was heavily damaged.

At present, employees of the prosecutor's office are carrying out all possible operational investigative actions in combat conditions.