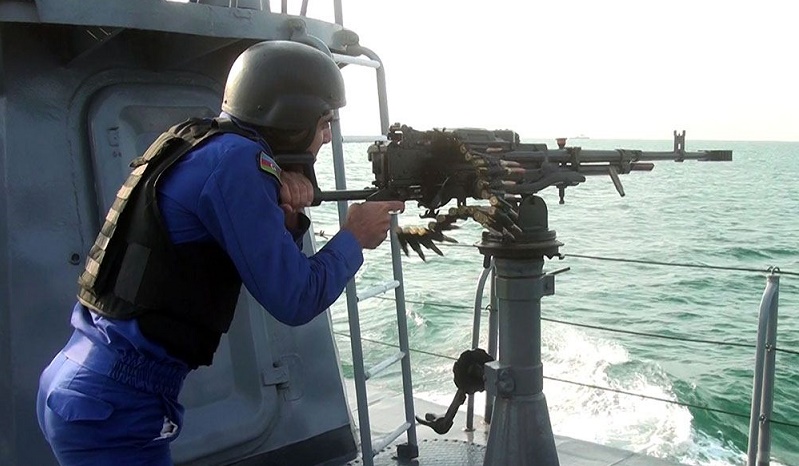 Naval sailors of the countries participating in the ‘Sea Cup’ competition within the ‘International Army Games 2021’ have completed the ‘Shooting a floating mine’ task of the 'Artillery Shooting Competition' stage at the training ground in the Caspian Sea in the Iranian city of Anzali, the Azerbaijani Ministry of Defense said.

Under the terms of the task, the sailors destroyed two mine targets floating at a certain distance from the moving ships, using a total of 32 rounds.

The panel of judges evaluated the time of actions to destroy targets and abandon the landfill by the ships.

According to the results, the Iranian team with 38 points took first place, Russia with 36 points - the second, Kazakhstan with 34 points - the third, and the Azerbaijani military sailors, gaining 28 points, ranked fourth.

The next stage of the competition is currently underway.