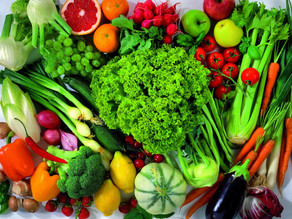 Russia revealed top exporters of green stuff to this country.

Moreover, Russia imported 44 thousand tons of cucumbers from Iran and 38.5 tons from Belarus in the same period.

According to information of Association, in last 4 years, greenhouse production of vegetables increased by 52%, outdoor production by 20%. Whereas the import of the first dropped by 41%, the latter by 25%.

According to December report of the Association, greenhouse production will make up 875 thousand tons, which is 17% more than that in 2015.

The report also predicts the outdoor production of vegetables (excluding potatoes) to drop by 2% to 4.48 mln tons.

Notably, Turkey used to supply 50% of tomatoes and about 20% of cucumbers to Russia. Sanctions by Russian government against Turkish products enabled Morocco and Azerbaijan to play major suppliers of the market.

Russian specialists think that if Russia keeps on sanctions to Turkish products, production of tomatoes in Russia can increase by 17-20% annually. Growth of cucumber production will also continue, although with lower speed.