Azerbaijan is keen to turn the page of war, normalize the relation with Armenia: President Ilham Aliyev 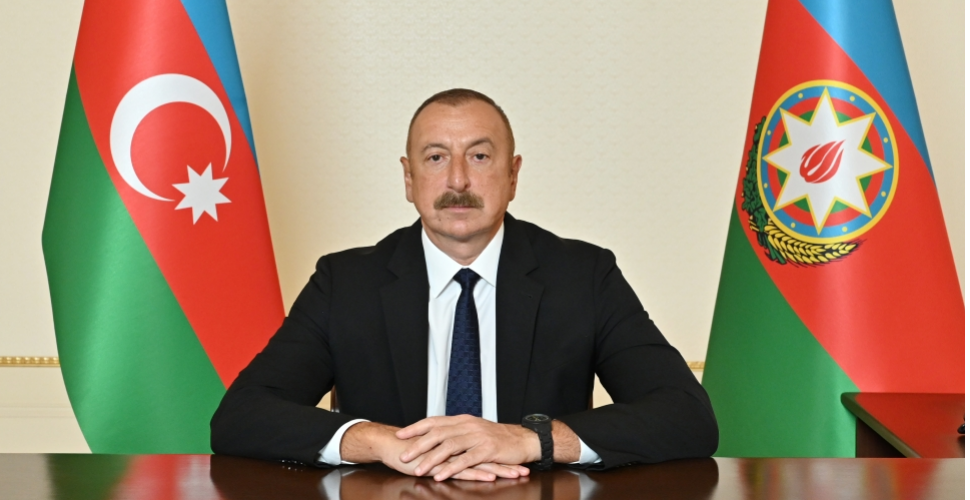 "Armenia has purposefully destroyed cities and villages and robbed and plundered every cultural and religious monument in the occupied territories of Azerbaijan throughout its almost 30-year occupation, turning them into a stark example of urbicide and culturicide. Perhaps, the destruction of cities of this extent has not occurred anywhere else in the world since Second World War. 9 Azerbaijani cities and hundreds of villages have been wiped out," said President of the Republic of Azerbaijan Ilham Aliyev in his statement in a video format at the 11th Session of the World Urban Forum, News.az reports.

President Ilham Aliyev noted that the destruction of Aghdam city was of such magnitude that it was named by international experts as "Hiroshima of Caucasus": "In Fuzuli, the Azerbaijani Army could not find a single building to raise our flag after liberation. Foreign diplomats, journalists, and representatives of international NGOs have witnessed this vandalism during their visits to the liberated territories and documented the whole scale of destruction.

Despite the three-decades-long Armenian occupation, Azerbaijan is keen to turn the page of war, normalize the relations and sign a peace agreement with Armenia, based on mutual recognition of sovereignty and territorial integrity of each other. Azerbaijan presented 5 basic principles for peace negotiations and Armenia accepted them. We believe that a peace agreement would turn our region into a region of peace and cooperation.

Azerbaijan is currently undertaking one of the most complex and ambitious reconstruction and rehabilitation efforts in contemporary history."