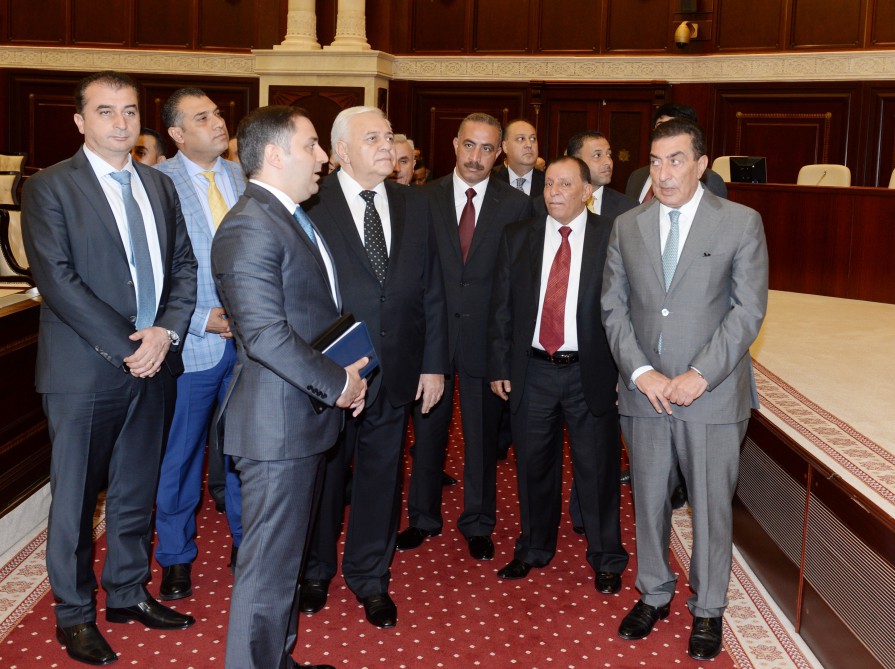 Speaker of Azerbaijan`s Parliament Ogtay Asadov has met a delegation led by Speaker of the House of Representatives of the parliament of Jordan Atef Yousef Saleh Al-Tarawneh.

Mr. Asadov said this visit will serve to further strengthening friendly relations between the two countries. The Speaker stressed the role of heads of the states in developing Azerbaijani-Jordanian relations, AzerTag reports.

Atef Yousef Saleh Al-Tarawneh, in turn, highlighted friendly ties between the two countries. He also expressed hope that the Armenia-Azerbaijan, Nagorno-Karabakh conflict will be solved within the territorial integrity of Azerbaijan.

They exchanged views on the developing prospects of inter-parliamentary ties, boosting cooperation in humanitarian field.