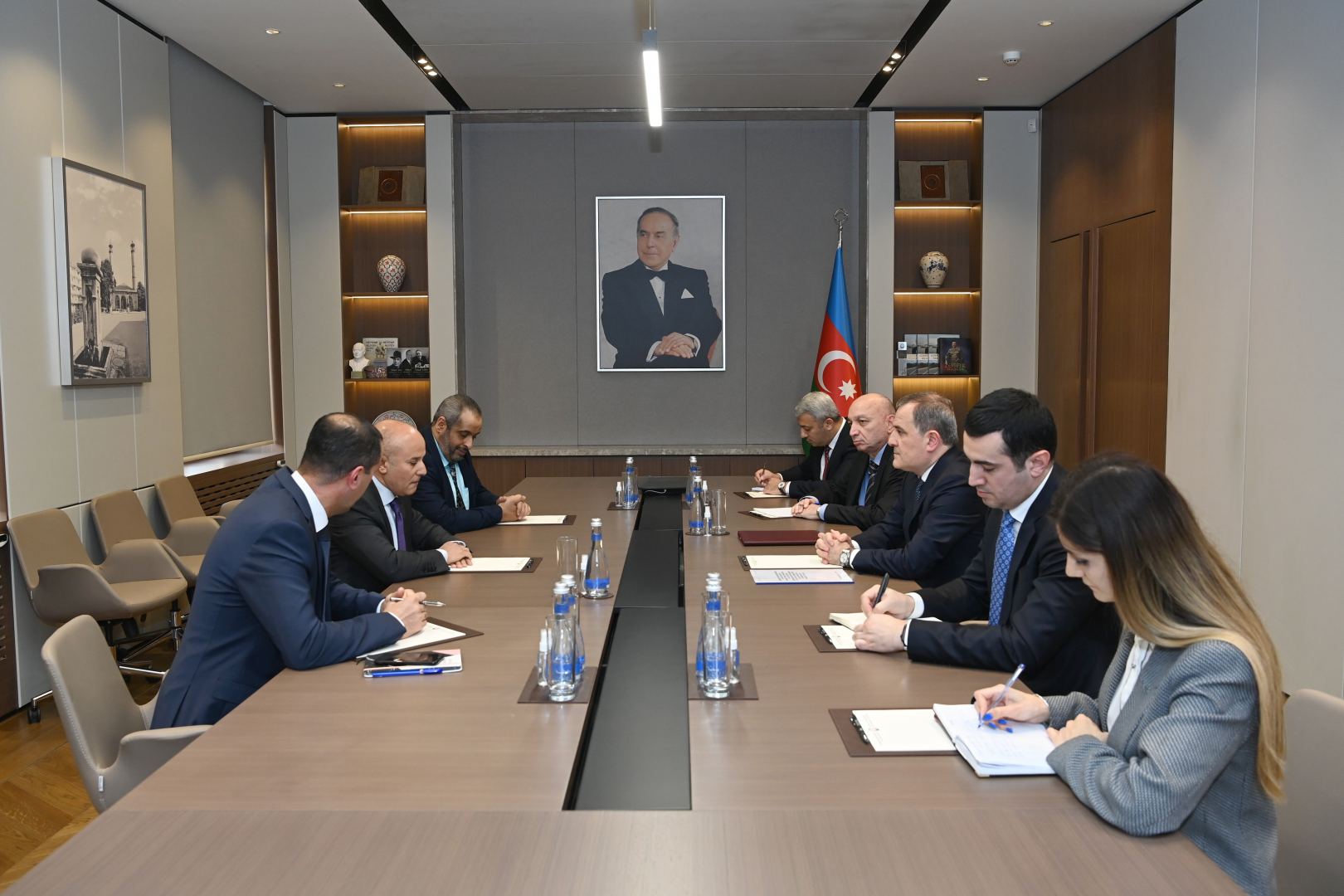 Having received the ambassador's credentials, Minister Jeyhun Bayramov congratulated him on his appointment and wished him success in his activities.

Speaking of the Azerbaijan-Libya historical, religious, and cultural ties, the minister stressed the top-level political dialogue between the two countries. He praised mutual support and cooperation within both bilateral and international organizations, in particular within the UN, the Organization of Islamic Cooperation, the Non-Aligned Movement.

Bayramov also informed the ambassador on the Armenian aggression, implications of 30-year occupation of Azerbaijan's lands, the second Karabakh war, the reconstruction work in the liberated territories, as well as the return process of former refugees and internally displaced persons to their homes.

The ambassador thanked the minister for the welcome and conveyed the greetings of the Libyan minister of Foreign Affairs and International Cooperation. Ali Salem Nasser noted that he would make every effort to further strengthen friendly relations and cooperation between Libya and Azerbaijan.

The sides explored ways for further cooperation between the two countries and emphasized a great potential in this regard.