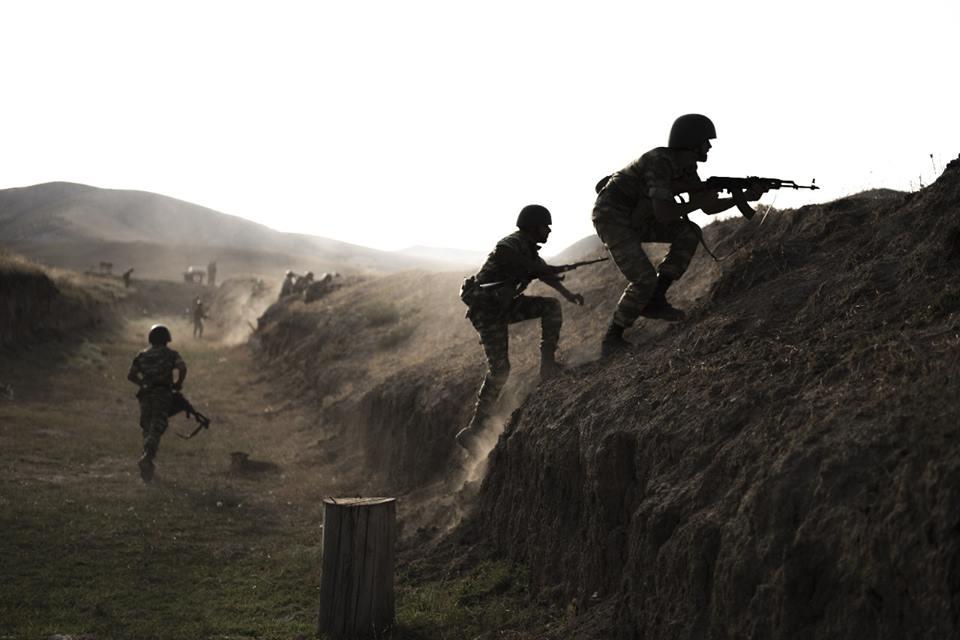 Strategic height on the border of Nakhchivan Autonomous Republic and Armenia came under Azerbaijani control in August-September 2018, Researcher at the Australian Institute Masis Ingilizian said in his article published on open investigation portal Bellingcat.

Ingilizian also said that Azerbaijani armed forces are currently carrying out engineering works on the Nakhichevan border into what was once considered neutral territory, Trend reports. Satellite imagery reveals Azerbaijan has constructed new roads towards unmanned strategic points along the mountains, leading towards the frontline and Armenian positions.

According to him, Planet Labs' satellite imagery of the region suggests that over the summer and early autumn of this year, Azerbaijan has moved troops into new positions along the mountain which oversees the Armenian first line of defense in the area and a vital Armenian military road (highlighted in yellow in the first satellite image).

When considering satellite imagery since May 2018, it becomes clear that Azerbaijan has shifted even closer to the unofficial demarcation line on the same roads that were being built around May of this year. Ingilizian noted that the mountain northwest of the Arpa River, which now connects to the aforementioned roads, was not fully taken by Azerbaijani forces in May 2018; however, fresh satellite imagery from Planet Labs showing new roads suggests that the mountain is now under Azerbaijan control.

Such a move, according to Ingilizian, could push Armenia off its first implemented line of defense due to increased vulnerability of its positions. In fact, one such post may have already been abandoned due to new Azerbaijani maneuvers (the eastern trench highlighted in red in the second satellite image). Such a turn of events would constitute a new threat in which a seized, neutral territory could pose a threat to Armenian infrastructure and settlements.

As a result of successful actions in May 2018, the village of Gunnut of the Sharur district and the strategic heights of Khunut (2,065 meters), Gyzylgaya (1,683 meters), and Mehridag (1,869 meters), located around the village, came under the control of Azerbaijani units.