Azerbaijan Remembers January 20 - the Day of Nationwide Sorrow and Pride 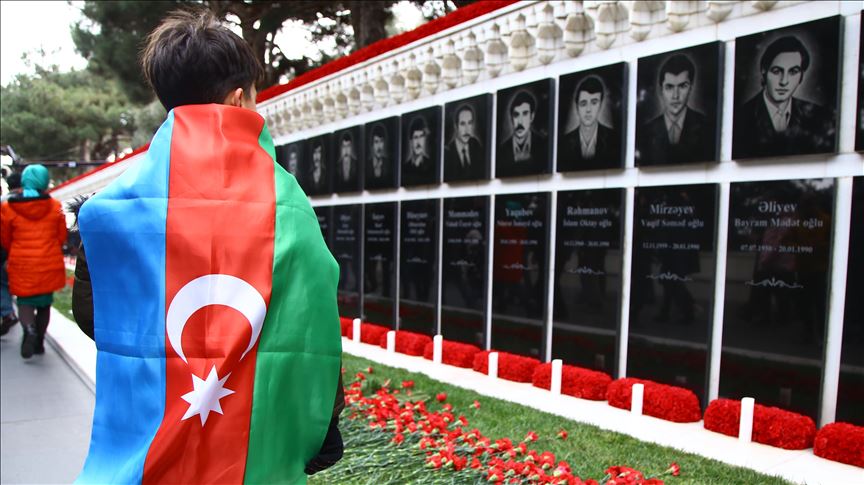 33 years have passed since the tragedy of January 20, also called Black January, remaining forever engraved in the memory of all Azerbaijanis as a disaster that became a symbol of national unity, News.az reports.

On the night of Jan. 19 - 20, Soviet Army units entered Baku and nearby regions, massacring civilians who demanded Azerbaijan’s independence and sovereignty, leaving an estimated 147 people dead and 638 injured. An additional 841 people were illegally arrested and hundreds of others were tortured. Massacres and plunders of a large number of public and private property in Baku in those days spread to many areas throughout Azerbaijan. And among those killed, there were 6 Russians, 3 Jews, 3 Tatars, as well as innocent bystanders - children, women, and the elderly...

The atrocities planned and prepared by the Soviet Empire aimed to stifle the people's national liberation spirit and to prevent the citizens of Baku from protesting the Armenian parliament’s decision of 9 January 1990 to annex the Nagorno-Karabakh region of Azerbaijan to Armenia.

On the morning of the massacre, Nationwide Leader Heydar Aliyev held a press conference at the Permanent Representation of the Azerbaijan Republic in Moscow, firmly condemning the atrocities procreated in Baku and describing it as a consequence of the chaos and anarchy in the country and the political incompetence of those in power. He characterized that bloody tragedy of civilian casualties as a terror committed against human freedoms and rights and other democratic values.

This bloody tragedy, which occurred exactly 33 years ago, united everyone in Azerbaijan as a fist, regardless of age, profession, or political status. It was a model for national unity as a means of protesting the act of vandalism that could not fit with any political, legal, or human norms; registering a strong protest against the military-political crime perpetrated by Soviet troops that suddenly invaded Azerbaijan, and expressing mistrust and hatred against the former Soviet Empire.

As the years went on, and the people of Azerbaijan once again became an iron fist. It was a unity of the brilliant victory of the 44-day Patriotic War, the boundless trust and sympathy of the people for the State, its Army, and the victorious Supreme Commander-in-Chief!

It is already 33 years since hundreds of thousands of people grieve January 20, visiting the Martyrs' Alley, which has become a sacred shrine, and remember with pain and love our martyrs who lost their lives in the struggle for freedom and safeguarding. the sovereignty and territorial integrity of Azerbaijan