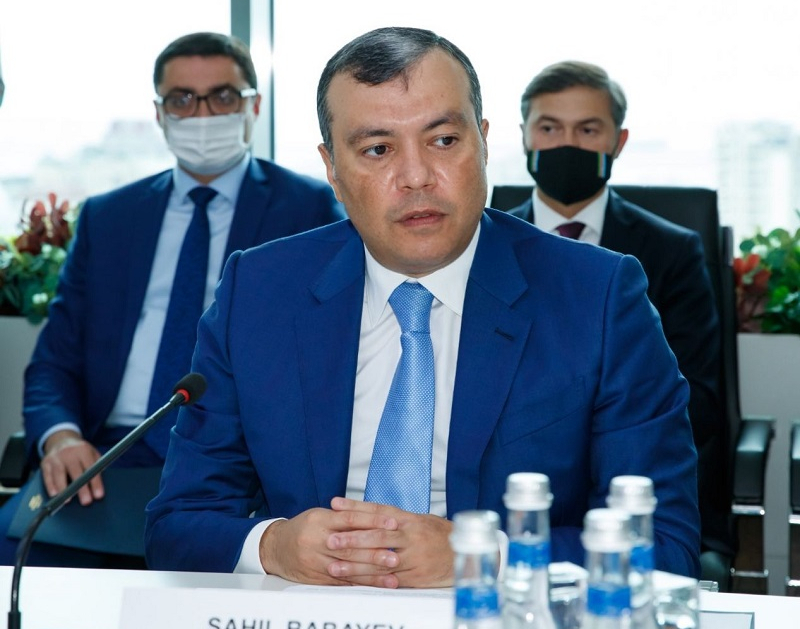 Azerbaijan and Serbia aim to establish active business ties, said Minister of Labor and Social Protection of the Population of Azerbaijan Sahil Babayev.

Babayev made the remarks during the Azerbaijani-Serbian business forum in Baku on Tuesday.

“Our goal is to establish stable and active business relationships. We believe that the two countries have good business relations. This allows us to establish broader contacts between people, increase trade and implement joint investment projects. I believe that the trade sector has great potential. Despite the fact that in the first five months of 2021 we recorded a 55 percent increase in turnover, in the end this figure is far from our potential. Therefore, we are in favor of intensifying trade between the two countries,” the minister stressed.

“We have already discussed this issue, and I am almost sure that our businessmen will also discuss the potential for exporting Azerbaijani agricultural products to Serbia. We will define a list of goods. On the other hand, the import of Serbian products to Azerbaijan is growing, and there are opportunities to increase this potential. Moreover, we believe that our companies have a huge potential for working on joint investment projects,” Babayev said.

According to the minister, thanks to the efforts of the heads of Azerbaijan and Serbia and the signed documents, the relations between the two countries reached a higher level.

“The trade turnover between the two countries increased by 6.3 percent in 2020 and by 55.4 percent in the first 5 months of this year. We have great potential to expand this cooperation. I hope that Serbian companies will also take an active part in the process of restoring the liberated (from Armenian occupation) territories of Azerbaijan. A favorable business environment has been formed in Azerbaijan, which has been achieved by ensuring sustainable economic development and expanding the non-oil sector. In addition, the new Alat FEZ free economic zone will be attractive for investors in the non-oil sector,” Babayev added.

The minister also stressed the importance of holding business forums from the point of view of further expanding bilateral relations and forming new areas of cooperation.