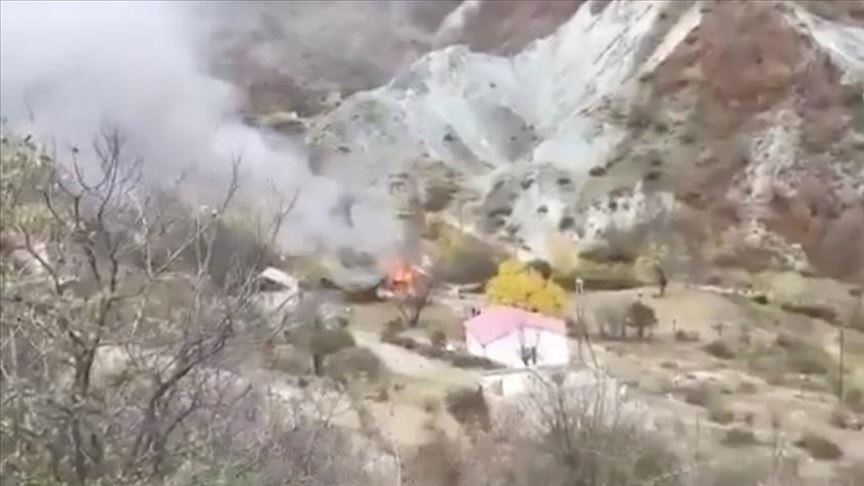 According to Karimov, the destruction of flora and fauna by Armenia, especially, the cutting of more than 2,000-years-old plane trees in Jabrayil, Zangilan, Gubadli, and other Azerbaijani territories liberated from occupation, the burning of the Topkhana forest around the city of Shusha with the banned white phosphorus, and now also the felling of trees, burning of forests and intentional damage to the environment in Kalbajar are serious environmental crimes.

“We again witnessed this barbarism in the photos and videos that spread in the media outlets yesterday. The environmental crimes committed by Armenia for many years are also evidenced by the Azercosmos satellite images. Moreover, the genocide against nature, biodiversity of the region committed by Armenia has been reflected in the preliminary results of monitoring carried out by employees of the Ministry of Ecology," he said.

The deputy minister noted that the available facts have been submitted to the secretariats of the relevant international conventions. International observation and assessment teams will be invited to Azerbaijan to record these facts and assess the damage.

He also pointed out that work is already underway to restore the ecological balance in the territories liberated from the Armenian occupation.

Since November 11, seedlings of various types of trees have been planted in these territories, and measures are being taken to restore the forest cover and vegetation. This work will continue with even greater intensity, added Karimov.