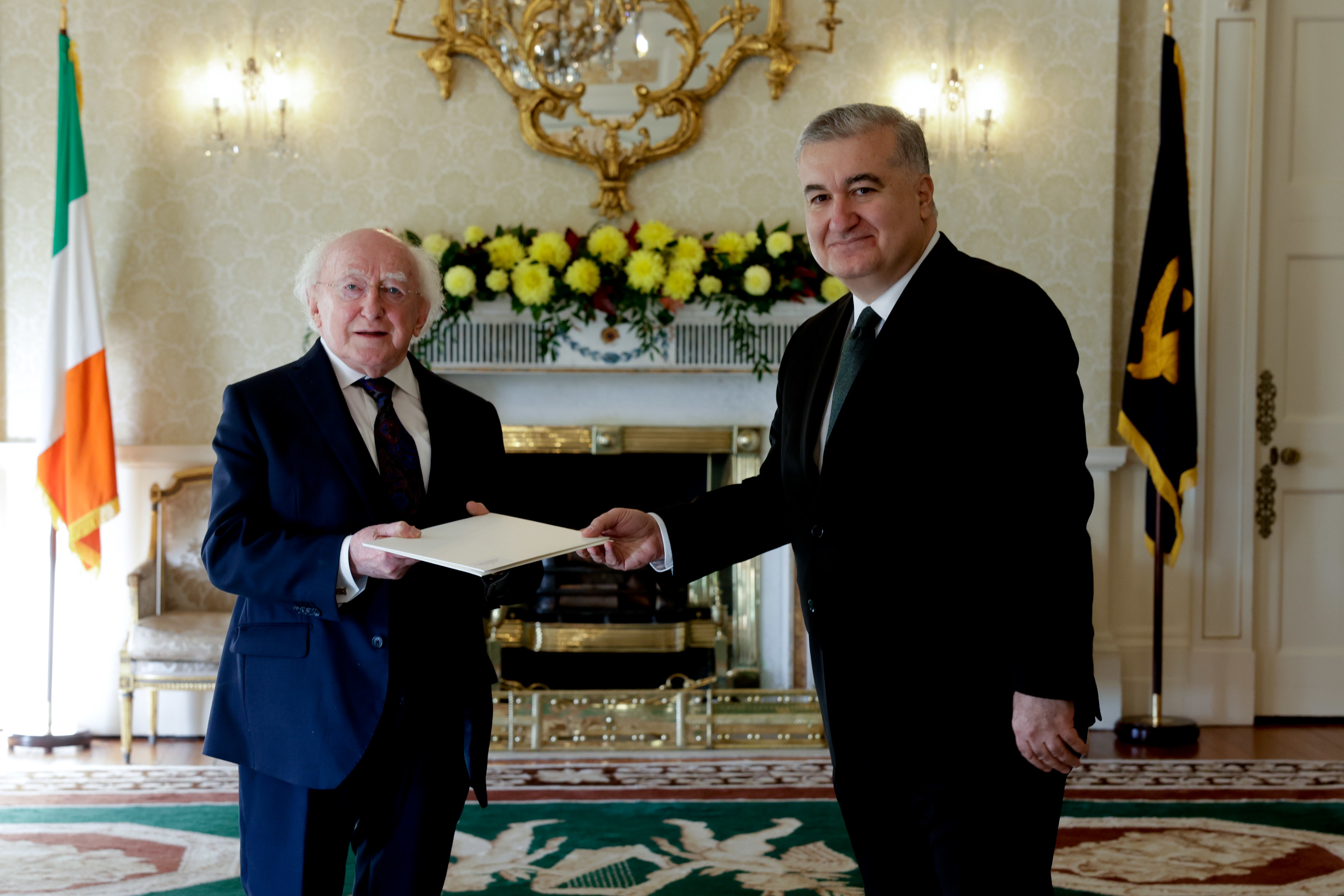 During the meeting, Ambassador Suleymanov conveyed to Michael D. Higgins the greetings and best wishes of Azerbaijani President Ilham Aliyev to the friendly people of Ireland.

Suleymanov said he was honored to be appointed as Azerbaijan’s ambassador to Ireland, pledging every effort to deepen and strengthen relations between the two countries.

President Michael D. Higgins, in his turn, thanked President Ilham Aliyev and asked the ambassador to convey his greetings and best wishes to the president and people of Azerbaijan. He also wished Ambassador Suleymanov success in his diplomatic activity. President Michael D. Higgins expressed hope for the further expansion of relations between Azerbaijan and Ireland and the establishment of lasting peace in the South Caucasus.

Then, the national anthem of Azerbaijan was played by the official orchestra at the Irish president’s residence.

The Ambassador of Azerbaijan to the UK is also accredited in Denmark and Ireland. 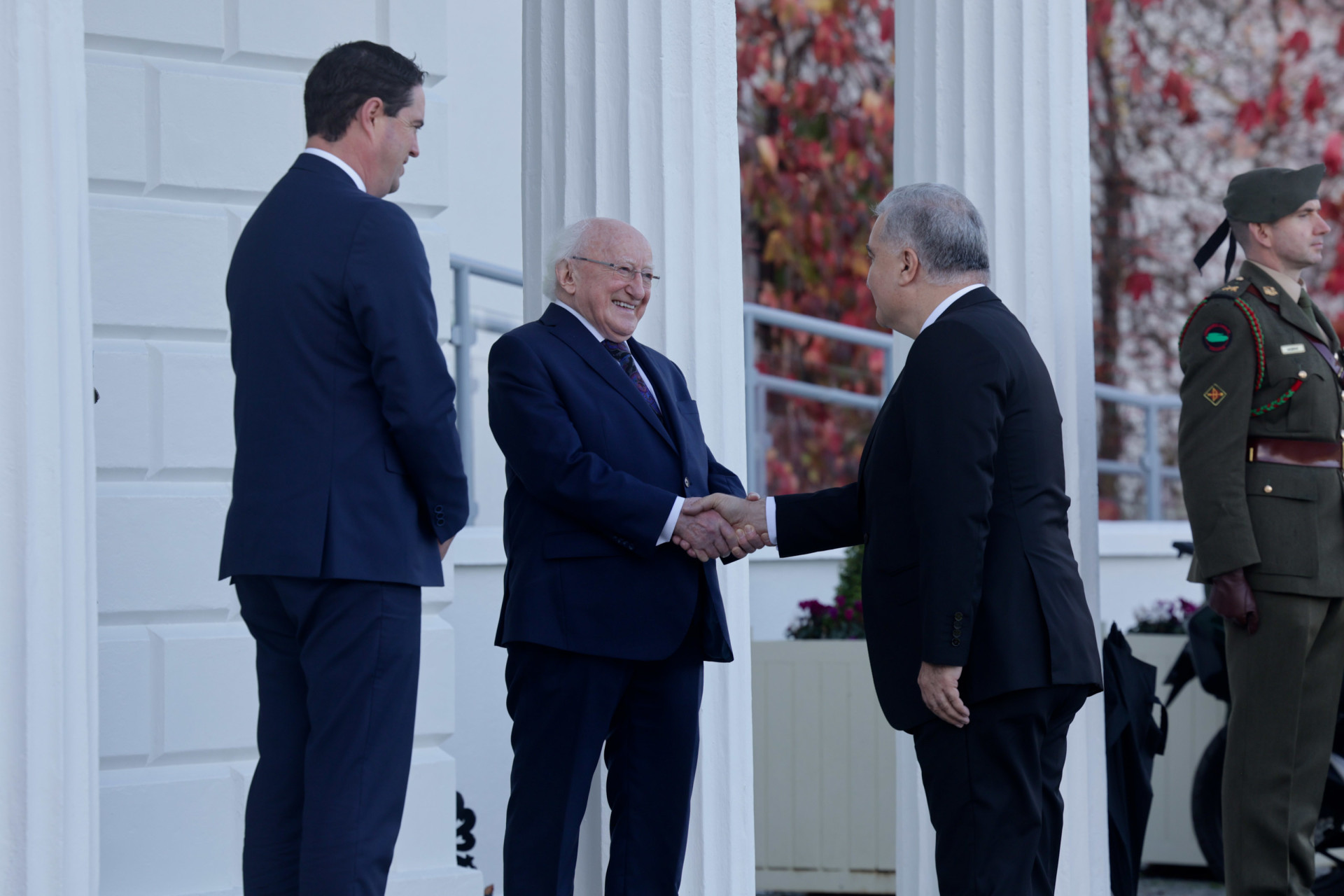 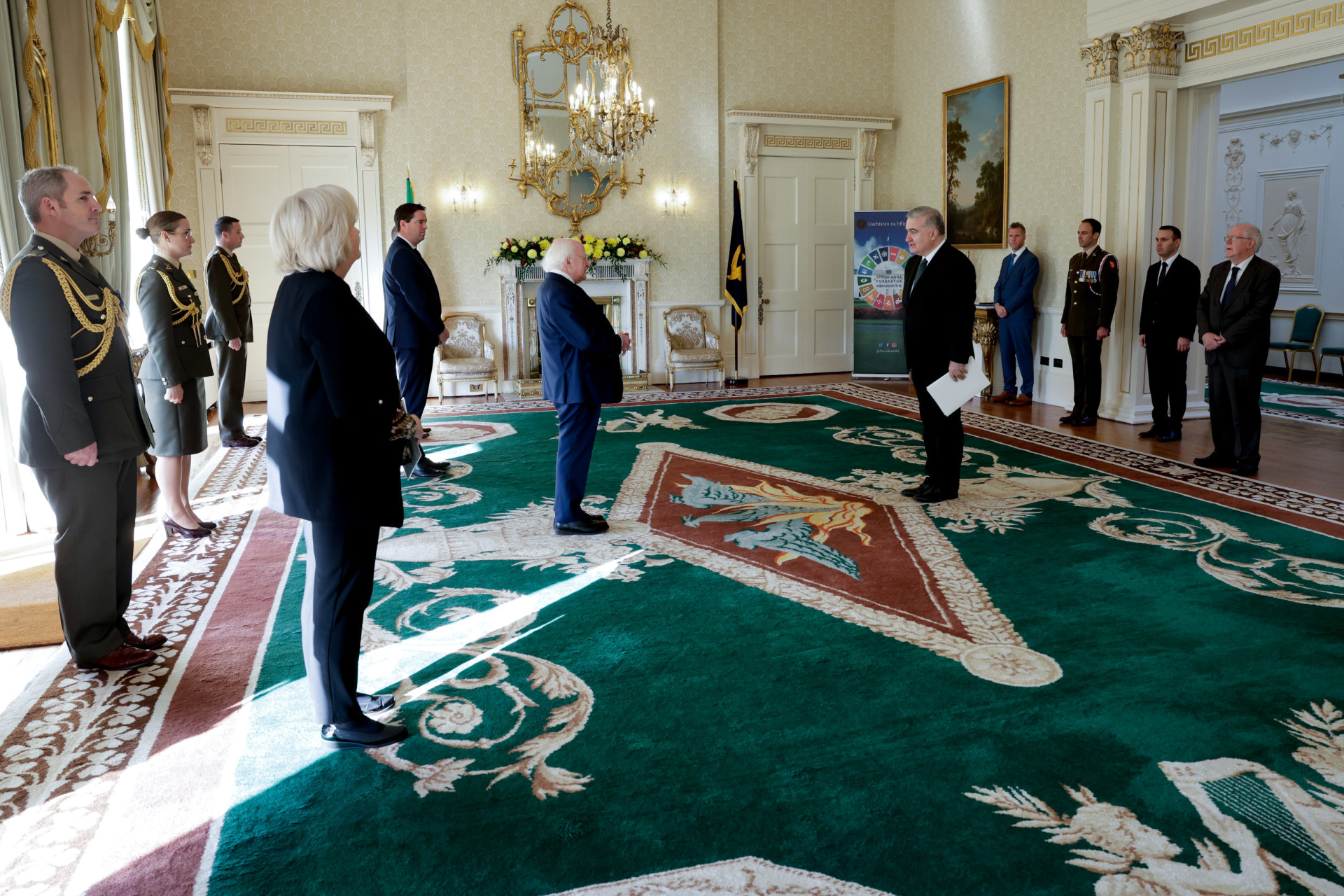 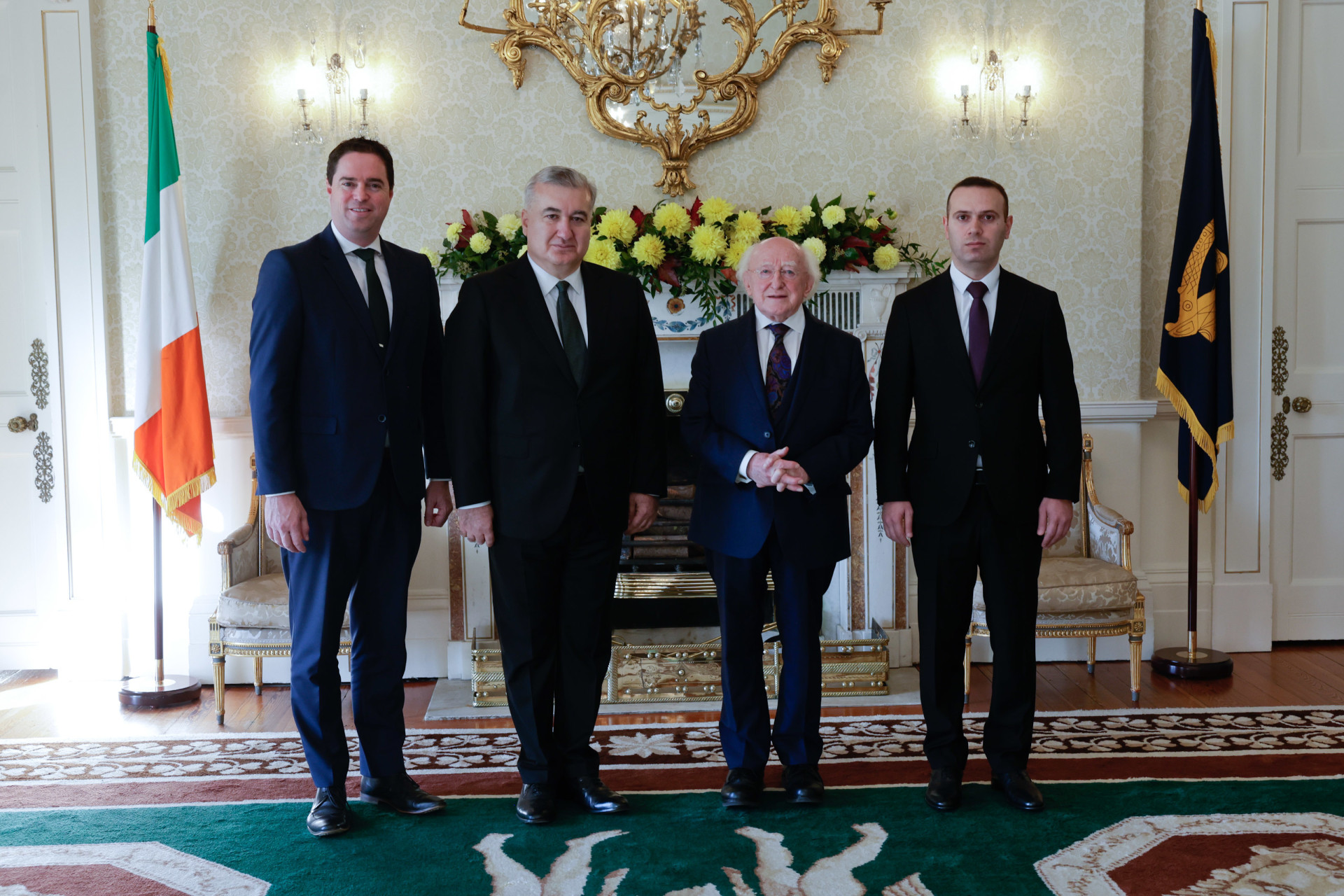