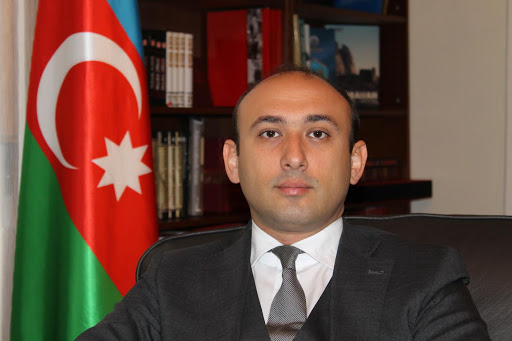 The article by Italian journalist contains distorted and biased information about the so-called “elections” recently held in the occupied Azerbaijani territories, as well as about the Armenia-Azerbaijan Nagorno-Karabakh conflict.

In his letter, the ambassador said that the journalist ignored historical facts and the underlying realities of the current situation in the region. Giving detailed information about the roots of the conflict, the diplomat provided facts proving that Karabakh historically belongs to Azerbaijan, and Armenians were then resettled to this region.

He said that the Armenian military aggression against Azerbaijan has resulted in the occupation of the Nagorno-Karabakh region and seven surrounding districts, as well as the exile of over a million Azerbaijanis from their native lands.

Ahmadzada also informed that Armenia, in a gross violation of humanitarian law, has committed numerous war crimes, including the Khojaly Genocide – the most tragic event during the conflict – which claimed the lives of 613 innocent Azerbaijanis on the night of 25-26 February 1992.

The ambassador added that documents of numerous international organizations, as well as the relevant UN Security Council resolutions that demand the withdrawal of Armenian troops from the occupied Azerbaijani territories and the return of refugees and IDPs to their native lands, are ignored by Armenia.

To cover up the consequences of its military aggression, Armenia created a puppet regime in the occupied Azerbaijani territories, Ahmadzada noted. “This regime is ultimately nothing more than the product of racial discrimination and is not recognized by any country, including Armenia itself.

The diplomat also said that the recent so-called “elections”, like all the others, were considered illegal, as well as condemned and rejected by the international community, numerous international organizations and states, including Italy.

In is response, the ambassador told the Italian journalist that elections in the Nagorno-Karabakh region of Azerbaijan may be held only within the Constitutional framework of the Republic of Azerbaijan and full participation of the entire population of the region.

“Any election will be possible only after the withdrawal of the Armenian occupying forces and return of the expelled Azerbaijani population to their places of origin,” he added.

In the end, the ambassador called on the journalist to take an unbiased and objective approach to the Armenia-Azerbaijani conflict.

Read the full text of the article by clicking http://www.opinione-pubblica.com/nagorno-karabakh-la-replica-dellambasciatore-ahmadzada/