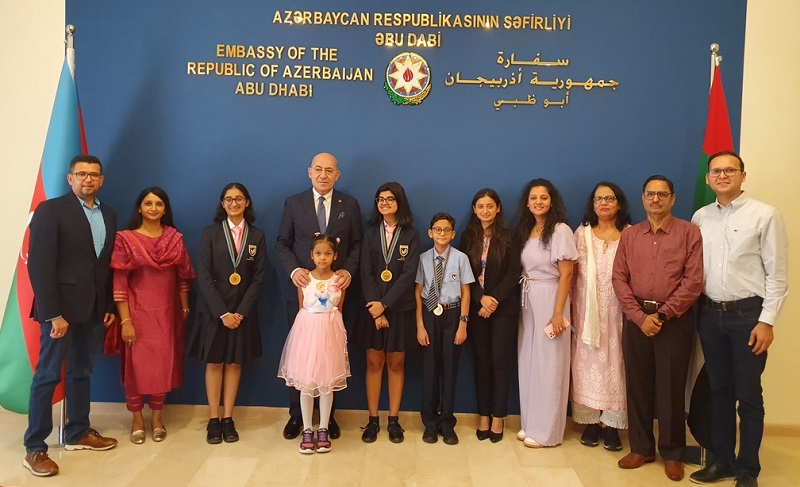 The winners from the United Arab Emirates of the 4th International Children`s Art Competition "The Magic of Friendship"  organized by the Ministry of Education of the Republic of Azerbaijan and the Children and Youth Development Center No. 3, were awarded in Abu Dhabi.

45 children from different schools in UAE participated and 5 children from 2 schools won. Two of them the first and three of them were awarded the third place.

This is a very good example of the high level of cooperation between our countries in all fields.

Principal of "Lubna Bent Hubab" school Einas Alsereidi expressed his gratitude to the Embassy of Azerbaijan for the organization of this wonderful event, and emphasized that, at the international level, such competitions have a positive impact on the further development of culture and art.

The head of the art department of the "Gems Modern Academy" school Jignyasa Patel expressed her gratitude to the organizers of the International Children`s Art Competition "The Magic of Friendship"  and the Azerbaijani Embassy for their hospitality.

Later in the event, the winners were awarded. The Ambassador presented them with medals, diplomas and gifts prepared by the Embassy.

Within the framework of the event, a video about Azerbaijan prepared by the Baku Media Center has been demonstrated.

At the end, commemorative photos were taken, event participants were invited to a tea party. 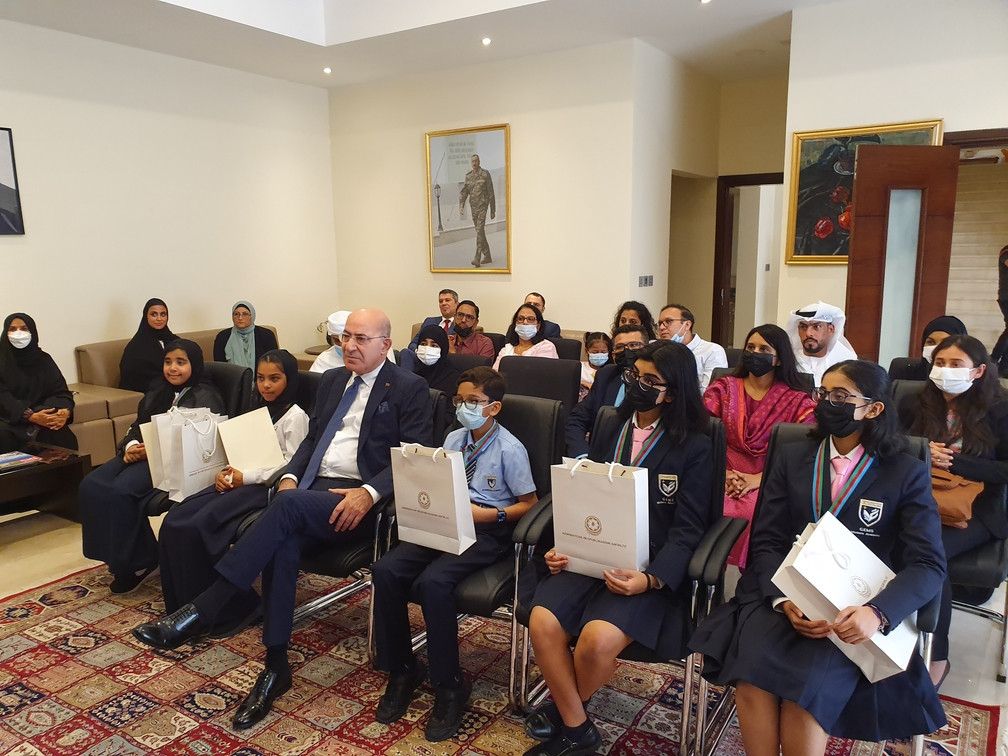 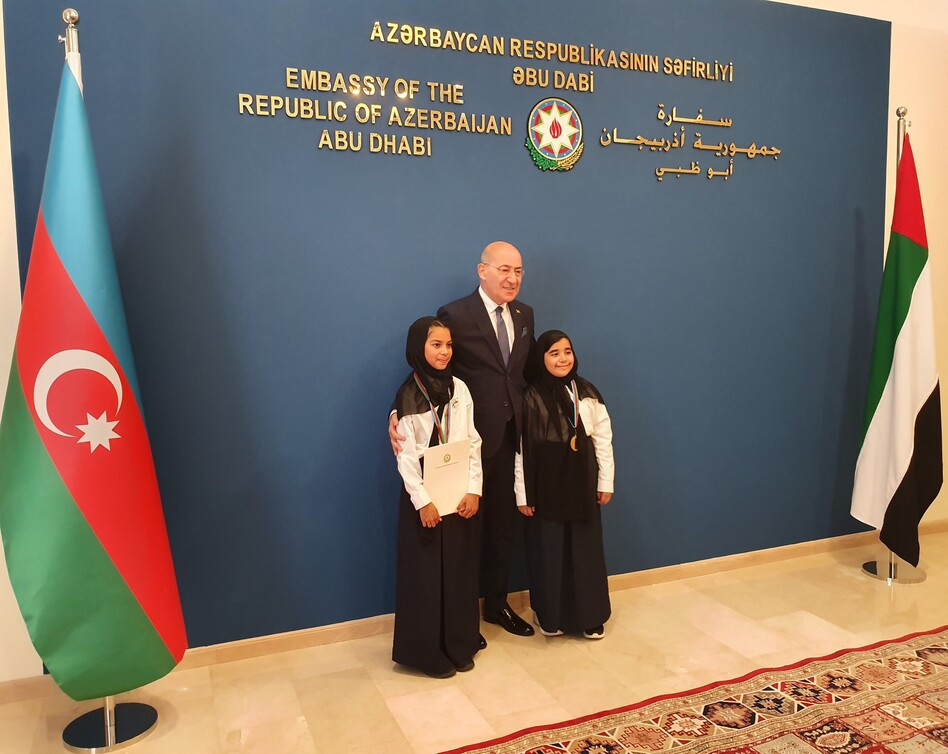 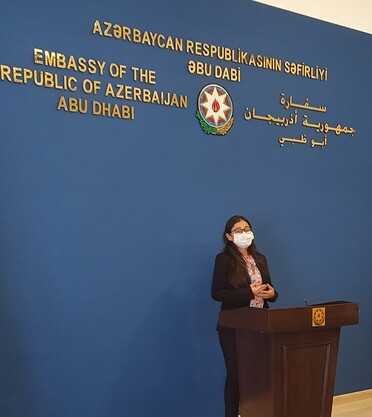 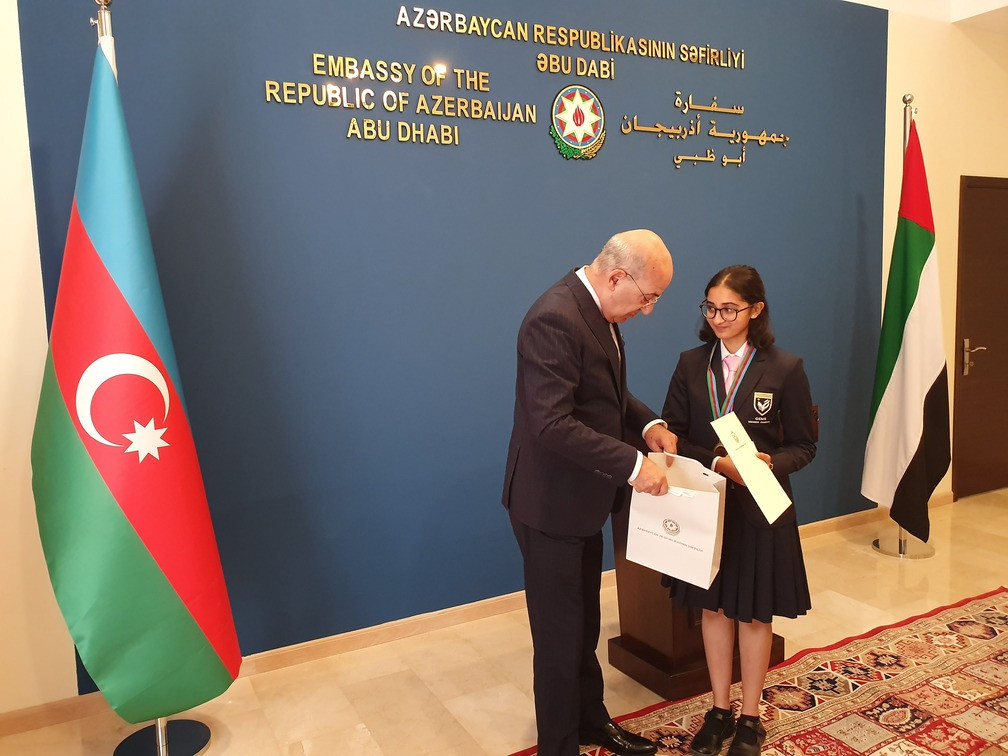 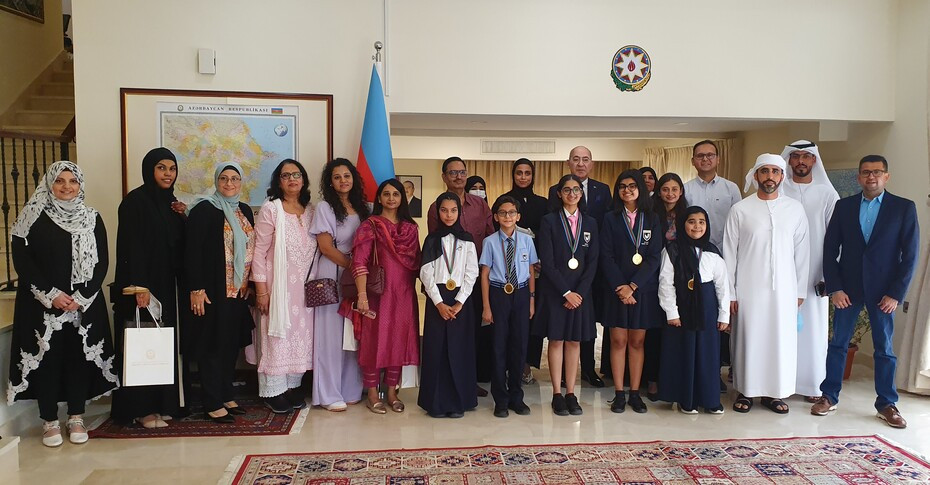 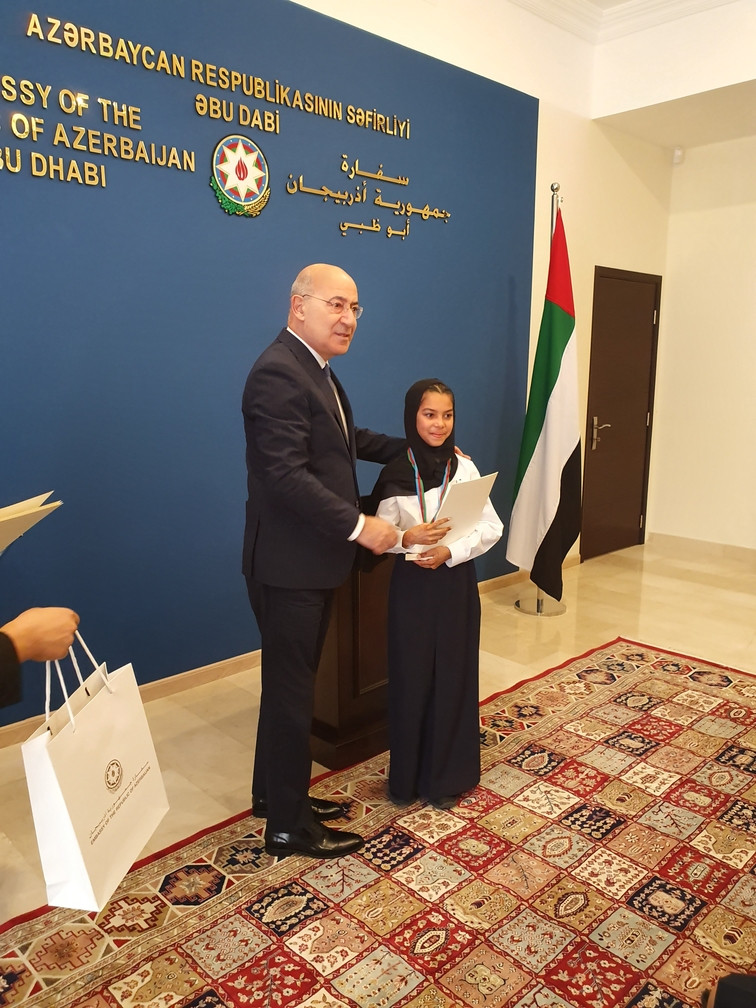 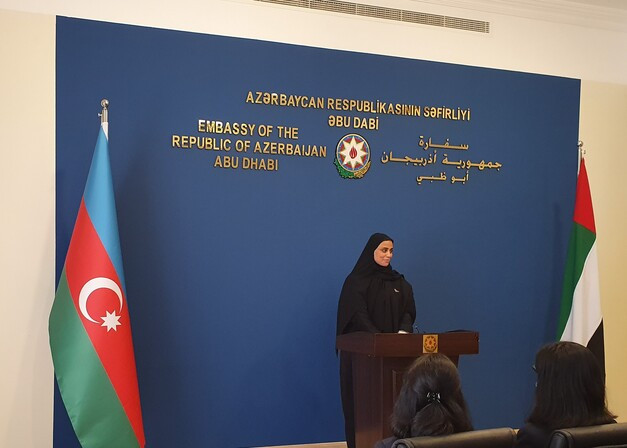