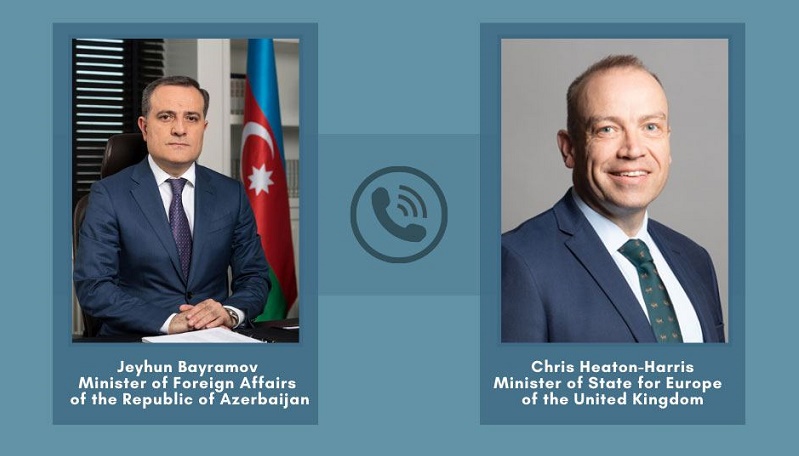 On February 1, the Minister of Foreign Affairs of the Republic of Azerbaijan Jeyhun Bayramov and the UK Minister for European Neighbourhood and the Americas Chris Heaton-Harris held a telephone conversation, News.Az reports.

The ministers exchanged views on the successful development of multilateral ties of cooperation between the parties. They also discussed issues of regional security, including the implementation of tripartite statements.

Speaking about the 30th anniversary of the establishment of diplomatic relations between the two countries in 2022, the ministers noted the importance of joint activities related to this event. The parties stressed the importance of mutual visits as well.

During the telephone conversation, the issues of Azerbaijan's chairmanship at the OSCE Forum for Security Cooperation, the Implementation of Priorities of the chairmanship, as well as other issues of mutual interest were also addressed.