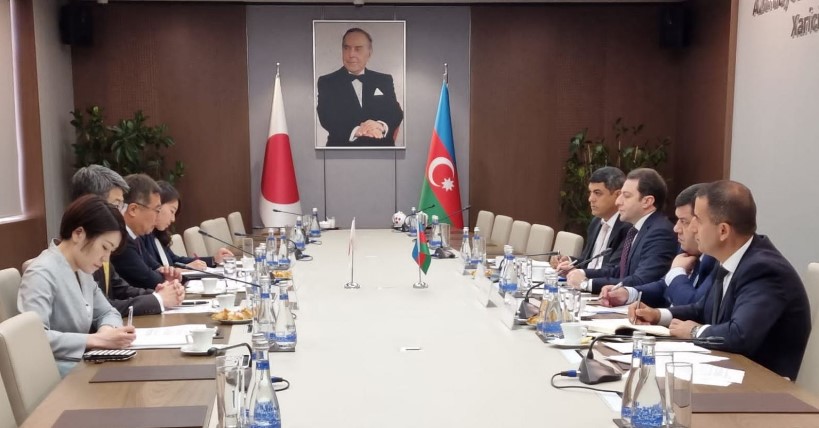 The current state of relations between the two countries, and prospects for expanding and developing cooperation in political, economic, humanitarian, and other spheres were discussed during the meeting.

The sides also discussed issues of cooperation between Azerbaijan and Japan in the sphere of energy, including renewable energy, economics, humanitarian and other areas.

Mammadov informed the Japanese side in detail about the situation in the region at the post-conflict stage, the process of de-mining the lands of Azerbaijan liberated from Armenian occupation in the 2020 Second Karabakh War, also the restoration and construction work being carried out on them.

An exchange of views took place on issues of cooperation within the framework of international organizations, and regional issues were discussed, including the situation in Ukraine, also issues of mutual interest.