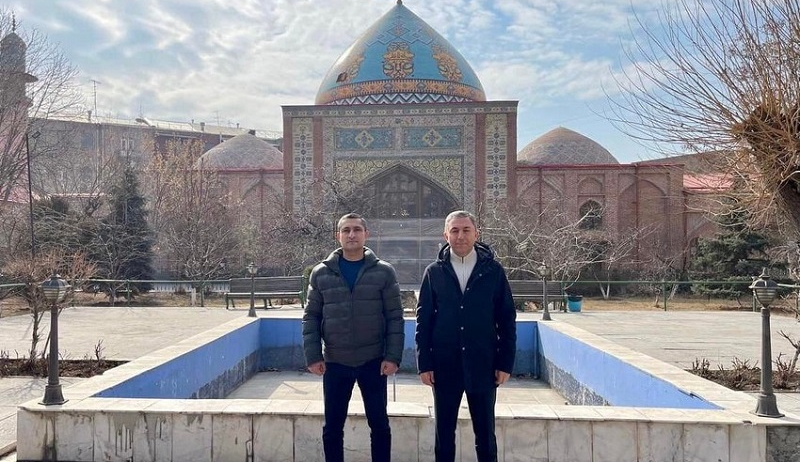 The Azerbaijani MPs, who are on a working visit to Armenia, visited the Blue Mosque in Yerevan, News.Az reports.

MP, Chairman of the parliamentary Committee on Economic Policy, Industry and Entrepreneurship Tahir Mirkishili, has shared photos from the mosque on his Facebook page.

According to the lawmaker, the mosque is the only undestroyed Azerbaijani monument in Yerevan.

“Although there are inscriptions on the walls of another state, the walls, architecture and spirit belong only to us. We felt this nativeness, and I believe that the mosque felt it too. We believe that the real owners of this mosque will soon pray in it. And the prayers of Azerbaijanis are always kind and, in the end, they are accepted,” he wrote. 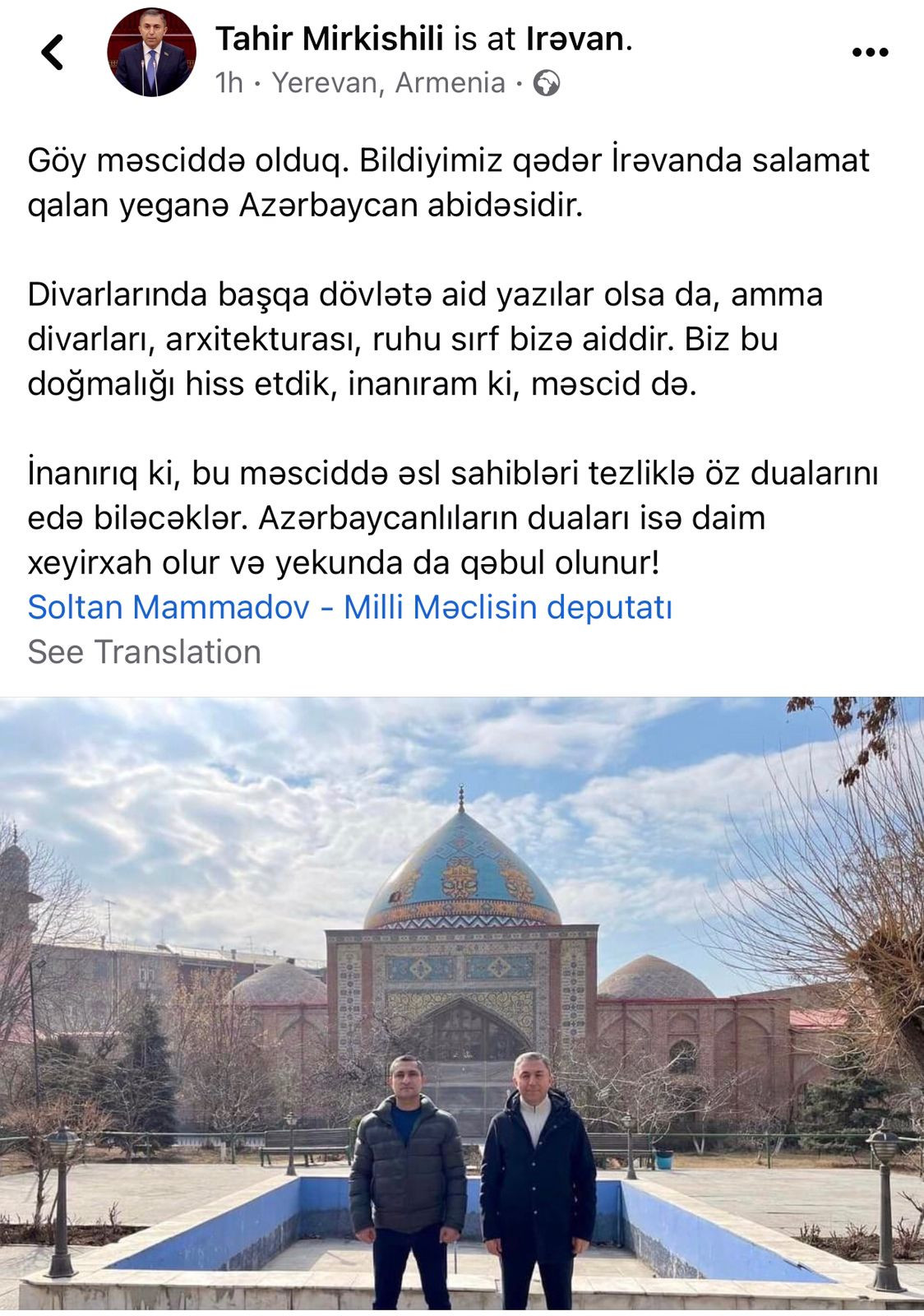 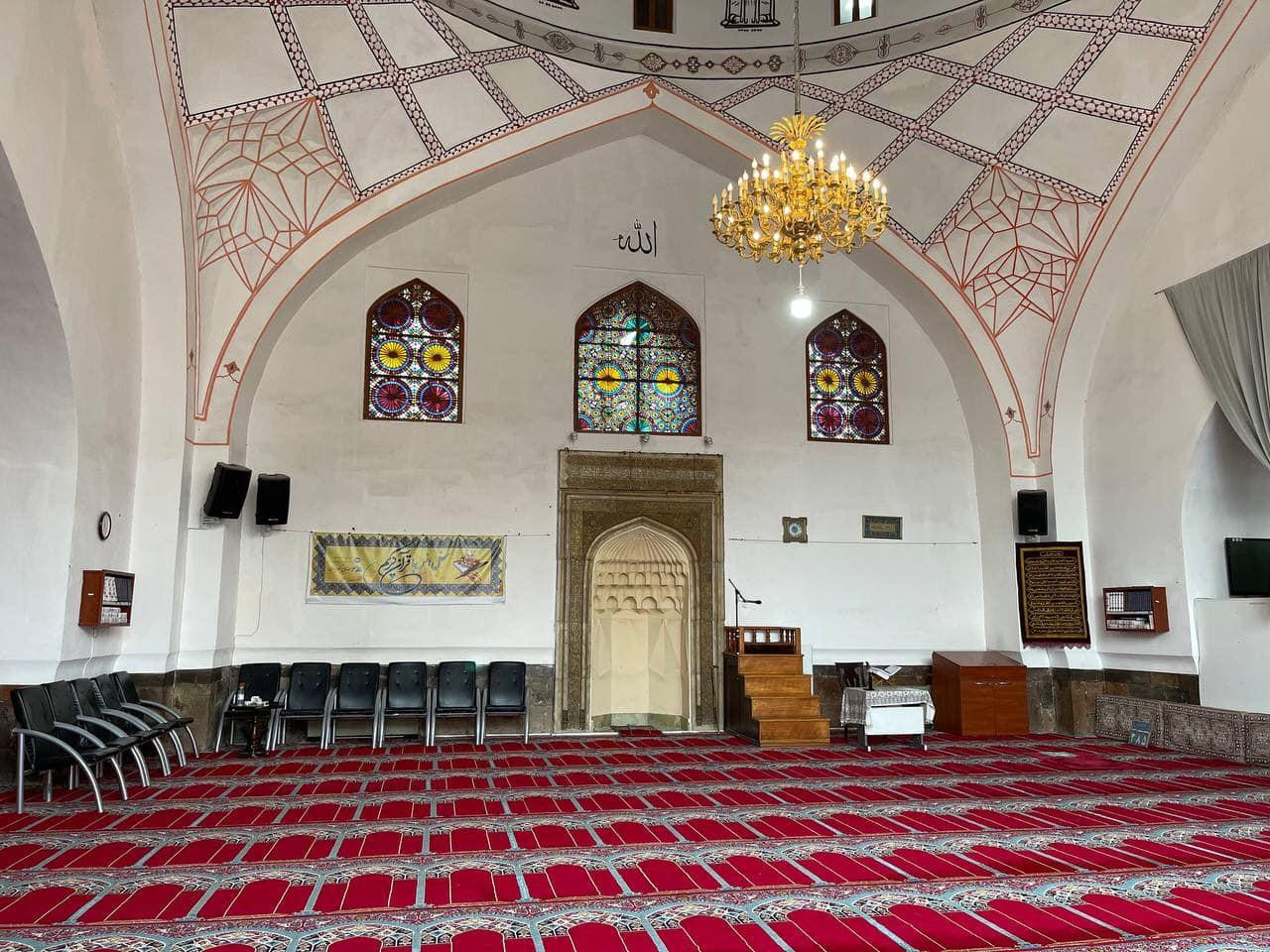 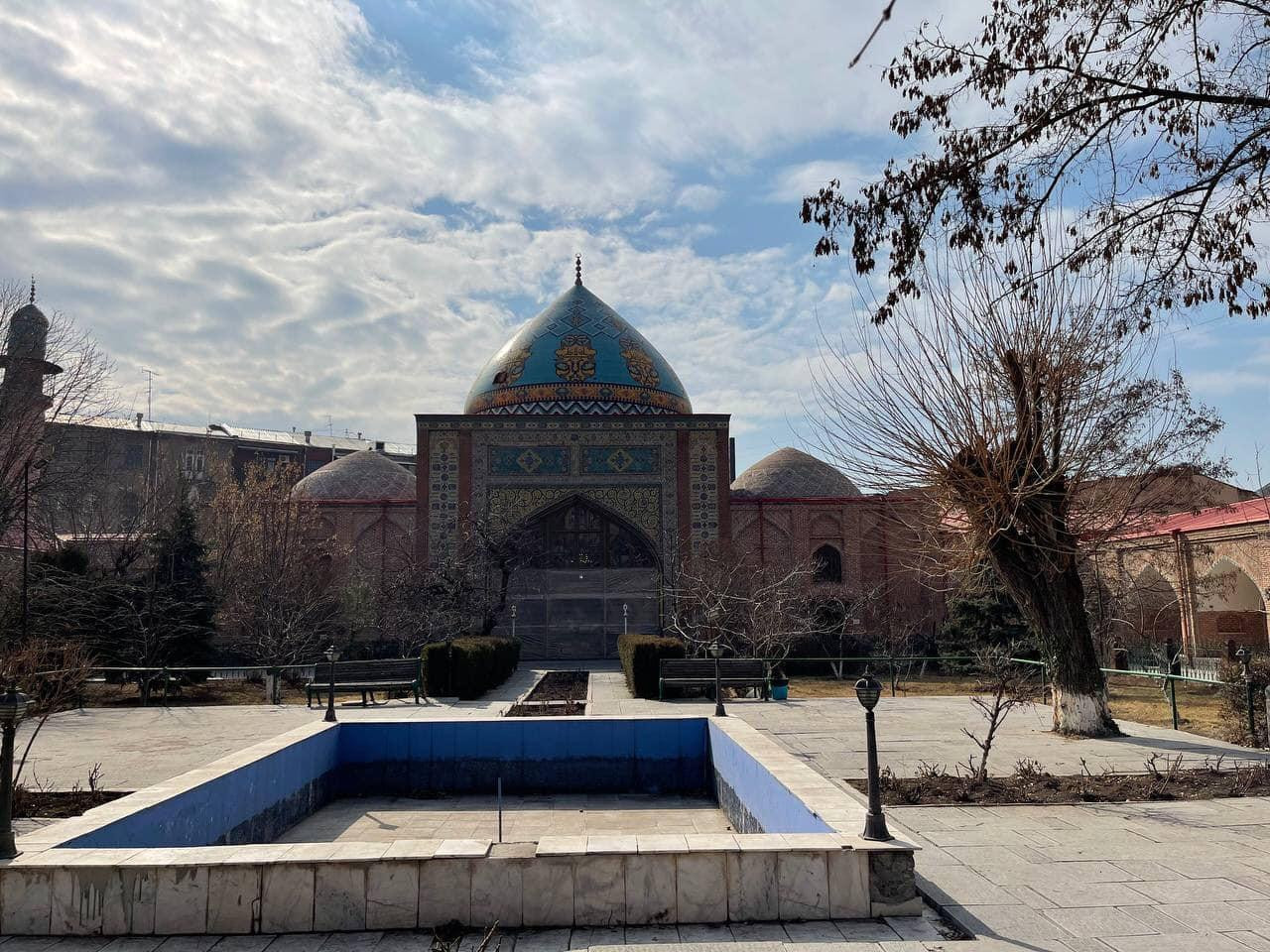